Gwen Harper (All Chapters)
Priya Desai (A Taste of Blood 4)
Zander Stark (1 task in A Taste of Blood 4)
Hour of the Wolf is a case featured in Criminal Case as the fourth case of Supernatural Investigations (Season 7) and the three-hundred twenty-sixth case overall. It takes place in the West.

Upon receiving a call from Alcatraz Museum security guard Reggie Pratt, Gwen and the player headed to Alcatraz Island to collect the body of werewolf Danny Kwame, who had been shot dead with silver bullets.

Reggie told the team that he had been allowing Danny and his pack to use an empty part of the museum to keep them safe as they transformed during the full moon. Later, werewolf Zander Stark had to unlock the door for the team, who was accidentally locked in the abandoned prison wing. Soon after, fanatical supernatural hunter Ruth Wu threatened to kill Priya, who had gone out onto the pier to see where a fellow werewolf had died. The team then found enough evidence to incriminate Danny's mother Serena Kwame in the murder.

Serena admitted to the murder, saying that after giving her undeniable proof that he was a werewolf, Danny gave her a book on werewolves so she could learn more about his condition. From the book, Serena learned that werewolves could be killed with silver and came to believe that she could "kill" the werewolf in Danny without killing his human side. Serena then turned herself over to the cops, avoiding any mention of her son being a werewolf.

After the arrest, Felix told Gwen and the player that there was a weakness to the elixir of invincibility and that they needed to talk to a witch to learn what it was. The team found cast iron in the prison for Felix to make anti-witch amulets out of to prepare for their meeting. After Felix made the amulets, the team went to the cemetery to meet with the head of witch coven, Morgana Blackhawk, who required the team to bring her "a drop of blood spilled at dawn diluted by the ocean" before midnight for her assistance. The team then gave her a sample of ocean water near where Danny was killed. Morgana then said that a stake dipped in the same virgin blood from which the invincibility elixir was made from would kill anyone who took the elixir.

Meanwhile, Priya and the player picked out the last remaining live Dawn of Night flower after Zander showed them its location, fulfilling their objectives in San Francisco. After all the events, the team learned that someone had attacked Felix and stolen the Dawn of Night flower. With few options left, Gwen accepted her ex-boyfriend and vampire Pierce Cromwell's offer to take her to Dr Aculus' deathday vampire ball in Los Angeles in order to find the vampire who was making the elixir and defeat them once and for all.

Pierce Cromwell
Add a photo to this gallery

Morgana Blackhawk
Add a photo to this gallery 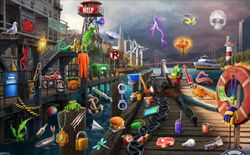 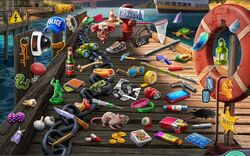 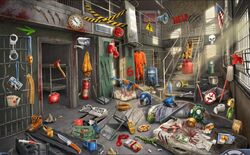 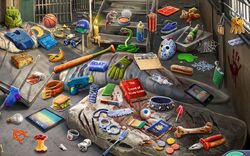 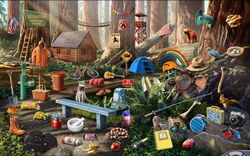 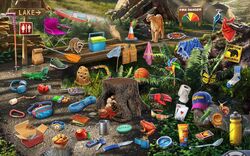 Forest Path
Add a photo to this gallery

Retrieved from "https://criminalcasegame.fandom.com/wiki/Hour_of_the_Wolf?oldid=542956"
Community content is available under CC-BY-SA unless otherwise noted.