Horace Foster (1954–2014) was a suspect in the murder investigation of teen soap sensation Jenny Galguera in Once Upon a Crime (Case #32 of Pacific Bay). He was later murdered in Wild Wild Death (Case #33 of Pacific Bay).

Horace was a 60-year old Ivywood movie producer with green eyes and combed brown hair. He wore a white shirt with pink pinstripes, a ruby bolo tie, red suspenders, navy blue pants, and brown dress she. In addition, he wore a golden clapperboard brooch on his right shirt pocket, which had dollar bills sticking out, and an access badge on his left suspender. He also had a cigar in his mouth. It is known that Horace used anti-aging cream, had read The Glass Princess and was on anti-depressants.

At the time of his death, he ditched the access badge.

Horace found himself in trouble for the first time after Frank and the player found a promotional alarm clock (pieced back together by the player) containing a final warning from Horace directed towards Jenny—if she was late again, she would be fired from the role. Horace told Frank and the player that Jenny was always late to work as opposed to the actors and actresses of 40 years prior. He then labeled Jenny as a spoiled brat due to her habitual tardiness.

Later, Hannah was able to extract from a promotional camera a photo showing an upset Jenny arguing with Horace. Horace then explained that he gave Jenny a monetary offer to star in a live sequel to The Glass Princess although she did not accept the offer. Jenny hated Horace for some reason in spite of him thinking the victim was expendable for an unknown reason. The reasons for such mutual hatred would not be known.

Horace was ultimately found innocent when Miranda Galguera was arrested. He then approached the team for help, telling Russell and the player that someone had stolen a script Horace needed for his next project. Horace then asked the team to return to the Mr Sparkles art studio. There, Russell and the player found a script for Horace's The Ornery Die Last in the movie set, but Russell suspiciously wondered why a thief would steal the script only to rip it to pieces. The team would find out that the author of The Glass Princes, Gaston Dumas, had stolen the script.

After Russell and the player chastised a brainwashed Gaston for stealing and destroying the script, the player gave the script back to Horace. In addition, Russell informed Horace that Gaston was the thief but was apparently brainwashed to do so. To conclude, Horace made it clear that his next movie would be promising, and thanked the player for catching Gaston for theft and giving him his script back.

Horace had invited Frank and the player to the set of The Ornery Die Last. There however, the team found him with his limbs torn from his body. They sent his body to Roxie, who noted that Horace was torn apart by horses. She also found traces of ketamine and whiskey in his system, meaning that he was drugged while being torn apart. She also found shoeprints along the victim's ribs, from which she deduced that the killer wore cowboy boots.

In order for Eva Grant to achieve her big break in Ivywood, she slept with Horace to get the lead female role in The Ornery Die Last. However, Horace wrote her out of the film, angering her. The lead actor, Brett Nolan, meanwhile, dubbed Horace an enemy of the Utopian Cult when Horace refused to use the movie script that the cult wrote as payment for the Utopians financing his film. Horse wrangler Tex Houlihan, who was friends with Horace, was disappointed that Horace was going to put him out of a job by replacing the real horses with cheaper, computer-generated horses. Head accountant Leo Brooks was threatening Horace as he was spending the budget on belongings unrelated to the film. When Horace threatened to have Leo fired if he did not lie to the execs about his spending, Leo came to Horace's mansion and stomped on his blackmail letter. Horace had approached Mexican wrestler Luz Lucha for a film offer. He had also invited her to a game of poker, from which she was able to win $250,000 and a pair of his cowboy boots. However, he refused to pay up, leading her to threaten him.

The killer turned out to be Luz.

Luz admitted to the murder, saying she was tired of the victim not paying her after she won his poker game, so she drugged Horace with ketamine, tied his limbs up to four horses, and used her phone by playing a rattlesnake clip which made the horses dismember Horace. Judge Dante sentenced her to 25 years in jail without parole. 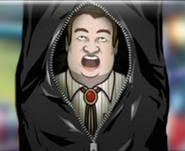 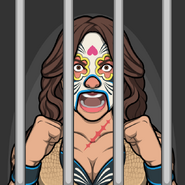 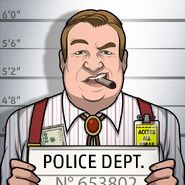 Retrieved from "https://criminalcasegame.fandom.com/wiki/Horace_Foster?oldid=536866"
Community content is available under CC-BY-SA unless otherwise noted.