Hold Your Tongue is a case featured in Criminal Case as the thirty-third case of Mysteries of the Past (Season 4) and the two-hundred fourth case overall. It takes place in the Crimson Banks district of Concordia.

After Evie informed them of Commissioner Baldwin's death, Maddie and the player went to the docks and found his body with his skull split open and his tongue cut off.

During the investigation, Mayor Castletown got wind of the murder and Diego tracked the killer's moves to a cafe called The Concordian Pause. Later, the team rushed Adelia Baldwin to the hospital to give birth to her baby. They eventually collected enough evidence to arrest Reggie Bates, the cafe owner, for the murder.

Reggie tried to deny the accusations but then admitted to the crime. He saw Baldwin spying on the Italian gang, who had taken care of him when his parents died. To protect his people, Reggie smashed the Commissioner in the head with an adze and then cut his tongue off. Judge Lawson sentenced him to life in jail without the possibility of parole.

Post-trial, Horatio Rochester told Isaac and the player that some thugs were sending messages with his ship's telegraph, which they would then find at the shipyard. Per Charlie, Reggie used the telegraph to tell the Italian gang that he would kill Baldwin because he had discovered their plans. Reggie refused to talk but said that he had tossed Baldwin's notes into the river. The team found the notes, which stated that the gang would attack the police armory to steal weapons.

Meanwhile, Maddie and the player investigated the Italian gang in The Concordian Pause and found a dark rose which (per Evie) was sent by Seamus O'Neill to Giulietta Capecchi. Giulietta denied being in contact with Seamus after he killed her father.

As the team reconvened, Evie showed up to inform them that the armory at the police station on Elm Street had just been attacked by the gang. 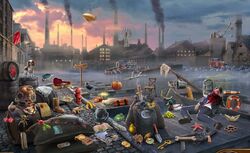 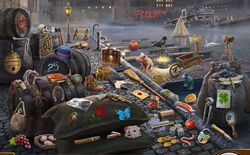 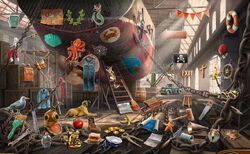 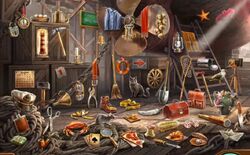 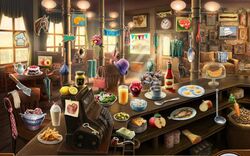 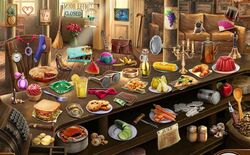 Cafe Counter
Add a photo to this gallery

Retrieved from "https://criminalcasegame.fandom.com/wiki/Hold_Your_Tongue?oldid=409128"
Community content is available under CC-BY-SA unless otherwise noted.