Hocus Pocus is a case featured in Criminal Case as the twenty-third case of Supernatural Investigations (Season 7) and the three-hundred forty-fifth case overall. It takes place in the East.

Gwen and the player entered the Hocus Pocus Museum in Salem, a museum of witches and witchcraft which was also the old mansion of mysterious demon Rathimael, to gain more information on him. There, they found witch Agnes Leek hanged to death on the gallows display with her tongue cut off.

After flagging Gwen's mother, supernatural hunter Dolores Harper, (who had brought along Gwen's sister Tilly) as a suspect in the investigation, the team had to save young witch Avery Mitchell, who was being hunted down by Dolores. Later, the ghost of Agnes possessed Gwen so she could tell the player to find her killer or she would haunt them forever. The team then found enough evidence to arrest museum actor Joseph Hardcastle for the murder.

Joseph said that his ancestor, Gregory Hardcastle, was an inquisitor during the witch trials who was cursed to die by the age of 65 by one of the witches he had sentenced to death. Since then, all his descendants had died by a tragic accident on their 65th birthday. Discovering through his research that the witch was Petunia Leek, Agnes' ancestor, Joseph killed Agnes in order to break Petunia's curse so he could live past 65. The team then handed him to the proper authorities.

Post-trial, Felix and the player found a ring, which (per Felix's analysis) was forged by a demon. Arthur Darkwood confirmed that Rathimael had been wearing the ring long before his death. He also pointed out that an inscription had recently been placed on the ring, but was only visible with the Eye of Sparron which was on display in the Smithsonian Museum in Washington D.C.

Meanwhile, Dolores told Gwen that Tilly had disappeared. The team eventually found out she was running away, and was able to stop her in the train station before she could leave Salem. Tilly then told her mother that she hated being around her and that she wanted to live with her sister instead. After Dolores exasperatedly allowed her daughters to live together, Gwen helped Tilly send a postcard to her Wiccan friend.

After all the events, Felix informed the team that Rathimael's ring had been stolen. The team then discovered that Hope was the ring thief. They then stopped her from running away from the camper, ordering her to give back the ring. Hope then returned the ring but quit the team. Bewildered by the events but unable to chase after Hope, the team decided to leave for the Smithsonian Museum in Washington D.C. to get the Eye of Sparron.

Zander Stark
Add a photo to this gallery

Tilly Harper
Add a photo to this gallery 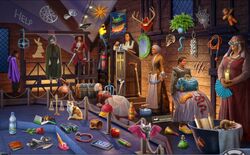 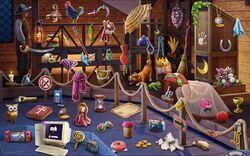 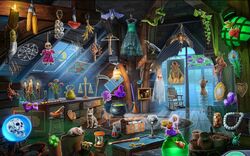 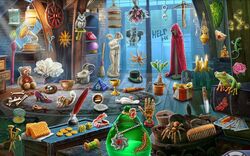 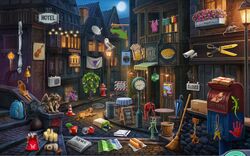 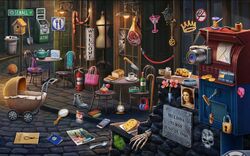 Cobblestones
Add a photo to this gallery

Retrieved from "https://criminalcasegame.fandom.com/wiki/Hocus_Pocus?oldid=526163"
Community content is available under CC-BY-SA unless otherwise noted.