Henri Pelletier was the victim in Going Once, Going Twice, Dead! (Case #25 of Travel in Time).

Pelletier was the auctioneer acting on behalf of King Louis XV of France for the French ports and plantations in the Caribbean. He had blue eyes and wore a pair of pince-nez with gray rims. At the time of his death, he donned a gray powdered wig and a black robe with a white collar ribbon. Additionally, he sported white stockings and black shoes with buckles. It is known that Pelletier smoked cigars.

Pelletier's body was found slumped on a couch in the auction room with his head blown off. Janis determined that Pelletier's head had been exploded away from his body. After finding traces of gunpowder mixed with burnt tobacco on his chest and shoulders, Janis concluded that Pelletier had been killed by an exploding cigar. Since the killer was able to control the blast, Janis concluded that the killer knew explosives.

Later, Jack and the player found a cigarette butt on the veranda. Theo found traces of gunpowder in the tobacco and confirmed it to be the remnant of the murder weapon. Theo revealed that he found traces of laudanum inside the cigar, concluding that the killer took laudanum.

Pelletier saw Black Sparrow Captain Mary Read as his hero, but after she threatened him to tip the auction in the team's favor, he broke his portrait of her. Pelletier also got on the wrong side of several people: professional plaintiff Benedetto D'Agostino threatened to sue Pelletier, his lawyer, after he told him that he planned to retire after the auction; Governor Uriah Haddonfield was bullied by him and made to look like a fool before King Louis XV; estate owner Simone Severine hated how he treated his employees when she used to work for him; Egyptian Trading Company auction envoy Captain Shafra had an altercation with Pelletier and threatened to nullify the auction if he won.

The killer turned out to be Simone.

Simone said that she and her family used to be slaves in Pelletier's plantation. When Pelletier sold off her parents to another plantation, she and her sister tried to escape. Unfortunately, her sister was caught and so Simone watched as he personally whipped her sister to death. When Pelletier returned to the estate for the auction, Simone used the knowledge on explosives that she gained from her late husband by giving her former master an explosive-laced cigar that blew up as soon as he lit it. The team handed Simone over to the Tortugan authorities. 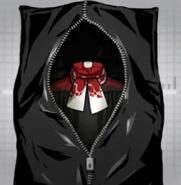 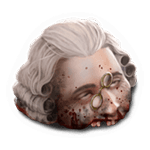 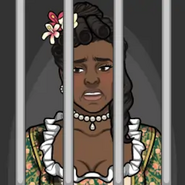 Simone Severine, Pelletier's killer.
Add a photo to this gallery

Retrieved from "https://criminalcasegame.fandom.com/wiki/Henri_Pelletier?oldid=505362"
Community content is available under CC-BY-SA unless otherwise noted.