Hell to Pay is a case featured in Criminal Case as the twelfth case of Travel in Time (Season 6) and the three-hundred third case overall. It takes place in Renaissance.

After landing in 1515 Spain, Jack and the player headed to the Spanish Inquisition's torture chamber to rescue Leonardo da Vinci after learning that he was a prisoner there. They then discovered that not only had Leonardo escaped, but Inquisition torturer Mateo Arias was also found slashed several times before having his throat slit.

During the investigation, Penelope tracked Leonardo to a brothel, where he was kept hidden until the investigation was closed. Later, Grand Inquisitor Cardinal Cisneros threatened to send the team back to the Vatican for visiting the brothel. The team then found enough evidence to arrest Mateo's fiancée, maiden Isabel Vázquez, for the murder.

After the trial, Zara and the player debriefed Leonardo about them being time travelers to get his help to repair the time machine. After being taken to the machine, a surprised Leonardo suffered a collapse. When the team got Janis his valerian roots, she healed Leonardo, who agreed to help fix the time machine once he finished a mural for King Francis I.

Meanwhile, Amy tasked Jack, Theo and the player to get some alcohol for a feast that she was organizing to relieve tensions between team members. They also found some anti-aging ingredients thanks to the help of Inquisition healer Beatriz del Castillo. After all the events, the team joined the feast, reconciled with each other and eventually accompanied Leonardo to Chambord, France, so he could finish Francis' painting.

Teresa Martínez
Add a photo to this gallery 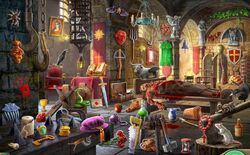 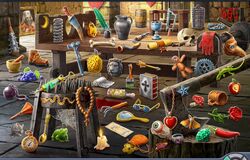 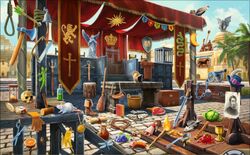 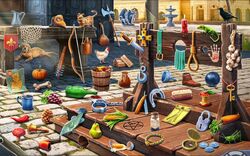 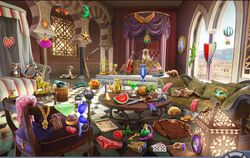 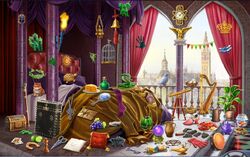 Luxurious Bed
Add a photo to this gallery