Criminal Case Wiki
Register
Don't have an account?
Sign In
Advertisement
in: Cases, Cases in The Conspiracy, Fairview

Gloria and the player went to Elmwood Avenue in response to Aaron Seabrook's report of his wife's murder there. They then found Aaron's wife, Elaine Seabrook, nailed onto her white picket fence.

Mid-investigation, Amir found the steakhouse where Elaine's killer last ate steak. Additionally, Ramirez admitted that he was asked (per Aaron) to spy on Elaine for proof of her infidelity. Later, Rita shouted at Gabriel furiously because he saw that she was on a dating site. The team then found enough evidence to arrest Elaine's neighbor, Cynthia Lane, for the murder.

During her arrest, Cynthia admitted she killed Elaine for throwing up on her prized peonies. She said that she was tending to them well for Fairview's Best Kept Garden Competition and that she needed to win because of her obsessive perfectionism. Infuriated at Elaine sabotaging her chances of winning, Cynthia nailed her down to her fence with a nail gun. In court, Judge Powell sentenced Cynthia to 20 years in prison with access to psychological counseling.

Post-trial, Martine received a call about a dead body in the steakhouse. After she, Gloria, and the player collected the man's body, she performed an autopsy on him, revealing that he had overdosed on amlodipine. Previously, the team had discovered that a shipment of amlodipine had gone missing. Martine said that for the drug to be fatal, the victim must have ingested an activating agent that would enhance its potency.

Gloria and the player talked to Tyler Schultz, a waiter at the steakhouse. Tyler identified the victim as David O'Connell and said that he had brought in his own can of Rocket Cow as usual. He told the team that he had thrown the can into the trash. Gloria and the player then found the can, which (per Martine) proved that the caffeine in Rocket Cow would have boosted amlodipine's effects tenfold and cause cardiac arrest. However, Martine could not discern if the victim committed suicide or if he was murdered. She then said that Chief Parker had transferred the case to another precinct so they could continue the investigation.

Meanwhile, Amir's boyfriend, Jasper Everett, proposed that he and the player sneak into the satellite crash site in the forest. When they were near the site, however, they were caught by a security guard, who said that the site was off-limits. The guard explained that a nuclear reactor on-board the satellite broke during the crash, causing radiation leakage in the vicinity of the crash. The satellite operator then closed off the entire forest to clean up the radiation. The guard then gave Jasper and the player a flyer and told them to leave. After that, Jones asked the player to find something that he had lost, only to invite them (and Jasper) to a house party later in the night.

The player attended Jones's house party, where they made a toast to old friends and new beginnings. After a while, Gloria said that it would be good if they kept an eye on the missing shipment of amlodipine. 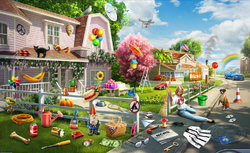 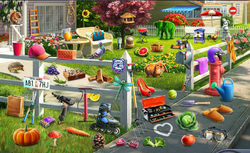 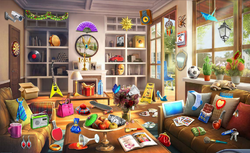 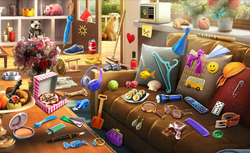 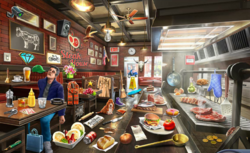 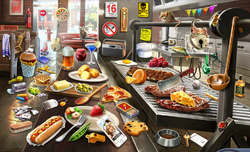