Hector Fernandez was the victim in The Haunting of Elm Manor (Case #28 of Grimsborough).

Hector was a middle-aged man with short black hair, black eyes and a goatee. Before his death, he wore a striped navy blue shirt and a gold chain around his neck.

After Ramirez informed Jones and the player that the Elm Manor had killed its owner, the team quickly went there to investigate. There, they found the owner of the mansion, Hector, lying on the floor, dead, in the hallway, a chandelier crushing his back, making it appear as though he had walked into the room and then was crushed immediately.

It was clear to the player that Hector was killed by the chandelier when it fell on him and crushed his body, prompting Jones to send him to the morgue for autopsy. However, according to Nathan, the chandelier had crashed down with such an inhuman force that it seemed supernatural. Nathan elaborated, saying that his calculations based on the weight and height of the chandelier would have made it impossible to crush the victim under natural circumstances. Nathan had also found traces of petroleum jelly smeared on Hector's clothes from which he discovered that the killer was in contact with petroleum jelly.

The team later found a bobby pin in a trap near the body. According to Alex and Nathan, it was used in a winch-like mechanism to make the chandelier fall at a greater speed in order to crush Hector. This meant that the killer used bobby pins.

Hector, his wife Gloria Fernandez, and their son, Aurelio Angelo Fernandez moved into Elm Manor, presumably from Mexico. Elm Manor used to belong to Beatrice the Second, great-granddaughter of the Fernandezes' housekeeper, Camilla Brown. Camilla told the team that her brother had lost their family fortune and sold the house to the Fernandez family to compensate, so she applied as a housekeeper and gardener to make sure that the house was not completely taken over by "foreigners".

In a similar vain, much of the neighborhood, including Margaret Littlewood, speculated that it was the family's foreign blood that made the haunted house so angry at them, even taking the life of their baby Aurelio in the very wing where Hector was killed.

In a state of grief over Aurelio's death, Gloria had a brief affair with botanist Charles Parker before breaking it off as she felt that her baby's loss was supposed to bring her closer to Hector instead of farther. Gloria then tried to convince Hector to move out of the house but they were forced to keep living in it as nobody wanted to buy a haunted house. Instead, Hector opted to go the religious path, with Father Von Pratt offering to exorcise the house in exchange of a large sum of money despite the priest knowing that the exorcism would not work.

Charles, meanwhile, never stopped loving Gloria, even stalking the couple to make sure that Gloria was in fact happier with Hector than with him.

The killer turned out to be Gloria.

When Aurelio died, Hector lied to everyone and said that their house was haunted and that it had killed their baby boy. One night, when Hector was drunk, he admitted to Gloria that he was not watching Aurelio like he was supposed to, and that Aurelio was crawling around the house, and accidentally slipped and fell from the top landing onto the stairs. Since Hector could not remember telling the truth, Gloria decided to give him a drug that made him believe that the house was really haunted. Day by day, Hector became more and more scared, and when the time was right, Gloria took the opportunity and killed her husband by crushing him under a chandelier. Gloria was then sentenced to life in prison. 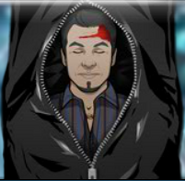 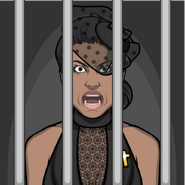 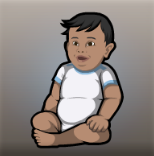 Retrieved from "https://criminalcasegame.fandom.com/wiki/Hector_Fernandez?oldid=449410"
Community content is available under CC-BY-SA unless otherwise noted.