Head Case is a case featured in Criminal Case as the fifty-second case of The Conspiracy (Season 5) and the two-hundred eighty-third case overall. It takes place in the Airport district of Grimsborough.

Jones, Gabriel, and the player went to Grimsborough Psychiatric Hospital to talk to Zoe Kusama regarding the human experiments under DreamLife's dome, only to find her dead with her head bashed in the hospital courtyard. With Jones emotionally unable to continue the investigation, Gabriel took care of him while Gloria took over as the player’s partner.

Mid-investigation, the team (along with orderly Tobias Randall) calmed down a group of distressed patients who had learned of Zoe's death. Later, a grieving Jones told the team that he was going to murder Zoe's killer before breaking down into tears again, causing Gabriel to lead him back to his office. The team would then find enough clues to arrest news reporter Louis Leroux for the murder.

Upon admitting to the murder, Louis explained that he had caught Zoe telekinetically levitating a teacup when he showed up in Zoe's room unannounced. Connecting her abilities to her time under the dome and realizing it was his duty to uncover the whole truth, Louis then asked to examine the extent of her condition. Zoe, freaking out at the prospect of more tests performed upon her, started screaming. In a panic over getting kicked out, Louis grabbed a fence post and smashed her head in to keep her quiet. Judge Powell sentenced an apologetic Louis to life in prison. Post-trial, the team rushed Jones to the hospital after he had attempted suicide via overdose on sedatives.

Gabriel and the player went to the hospital common room and found a bottle of flumazenil, which Amir used to synthesize an antidote to the sedatives in Jones' system. After talking to a now-conscious Jones and to Dr Jennifer Russo for advice, the team went back to Zoe's room and found the letters Zoe had written to Jones as part of her therapy. The team then showed the letters to Jones and convinced him that Zoe would have wanted him to be happy, giving Jones back the will to fight for his life.

Meanwhile, Louis told Gloria and the player that he had installed a hidden camera in Zoe's room to record her telekinesis. The team found the camera which contained a recording of Zoe moving a teacup hands-free, corroborating Louis' claims. Chief Parker then authorized Martine to autopsy Zoe once again, whereupon she found that Zoe's occipital lobe was exposed to a different Berzelium derivative than Protozane, confirming her exposure to the superhuman serum. Jasper Everett then told the team that the telekinesis was merely a side effect of the drug.

After all the events, the team decided to go to the TV station to look further into Louis' findings.

Rosamund Wilcox
Add a photo to this gallery

Jasper Everett
Add a photo to this gallery 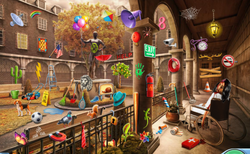 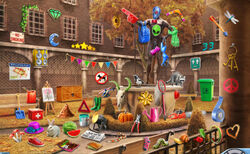 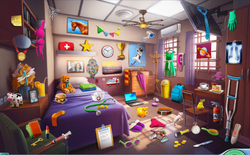 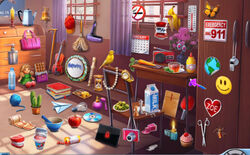 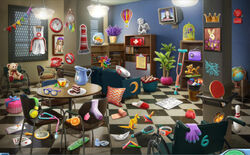 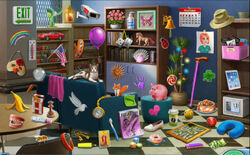 Board Game Area
Add a photo to this gallery

Retrieved from "https://criminalcasegame.fandom.com/wiki/Head_Case?oldid=524165"
Community content is available under CC-BY-SA unless otherwise noted.