Hashtag Murder is a case featured in Criminal Case as the eighth case of Supernatural Investigations (Season 7) and the three-hundred thirtieth overall. It takes place in the Southwest.

At a gas station near Las Cruces, tour guide Kevin East approached Gwen and the player, telling them that one of his passengers, hiker Marigold Carson, had gone missing, and that the only trace of her was her bloody bag. The team then discovered that the bag contained Marigold's decapitated head.

While convening in the Mexican doll island that Marigold toured, a spider landed in Gwen's hair, freaking her out. Shortly after, they went to a shack atop the nearby hill, where they found pieces of Marigold's body scattered about. Later, the team prevented the tour bus from driving away. They then found enough evidence to arrest ten-year-old island inhabitant Tiffany for the murder.

Tiffany revealed that she was a doll that had been brought to life upon the arrival of her "grandfather", José Carvallo, on the island. She then said that she had "seen into" Marigold's rotten heart, which she did not like. She thus chopped Marigold up with a machete. Tiffany then tried attacking the team, only for Gwen to gun her down.

After the arrest, Hope told Gwen and the player that there had been three murders with a tarot card left on the crime scene within the past five years. All three killers were also loved ones of their victims and furthermore, they had committed suicide while in prison. Gathering the two tarot cards they had collected, ceremonial candles from the island hut, and a protective rose quartz from Kevin, Felix joined the team in conducting a seance of the serial-killing ghost. The ghost — who had died the year the murders started — warned them to stop investigating, telling them that people who had gone on his trail before, such as Greg Schmidt, met unfortunate fates.

Meanwhile, José told Ben and the player that he had come to the island, unwanted by his family, as it was a cheap place to live in. In his isolation, he began talking to Tiffany, imagining her as family, eventually bringing her to life. Despite her violent streak, José had grown attached to her and was devastated upon hearing of her death, but promised that no such thing would happen again. Reminded of his own father Michael, Ben checked up on him and gifted him some coffee beans.

After all the events, Hope learned that Greg was a detective who had gone insane investigating the tarot murders. The team then headed to the Blackmoor Asylum in El Paso, where he was currently institutionalized, for more information about the serial-killing ghost.

R.J. Fielding
Add a photo to this gallery

Felix Reed
Add a photo to this gallery 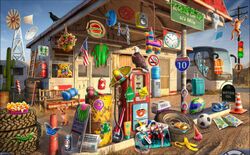 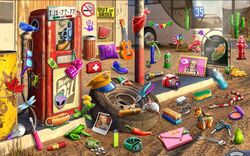 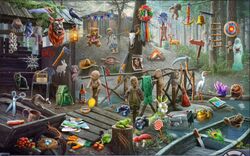 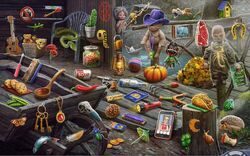 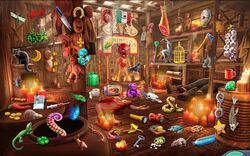 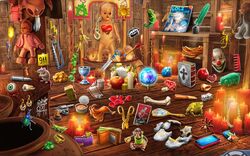 Doll Altar
Add a photo to this gallery

Something Wicked This Way Comes (3/5)

Retrieved from "https://criminalcasegame.fandom.com/wiki/Hashtag_Murder?oldid=518431"
Community content is available under CC-BY-SA unless otherwise noted.