Harper Stone was a suspect in the murder investigations of opera director Roland Vane in Snakes on the Stage (Case #50 of Grimsborough) and her ex-boyfriend, former Grimsborough PD coroner Nathan Pandit, in Snake in the Grass (Case #1 of The Conspiracy).

Harper is a 33-year-old animal trainer and zoo consultant with long blonde hair and a piercing below her lower lip.

In her first appearance, she wears a sleeveless denim jacket with a "peace" badge on her right chest. Underneath the jacket, she wears a gray sleeveless shirt. She has several tattoo markings of snakes that can be seen on her arms and shoulders. Furthermore, a snake is seen wrapping her neck. It is known that Harper is an employee at the Opera and handles snakes.

In her second appearance, her hair is styled into a high braid and she wears a green long-sleeved shirt with a nametag that reads "ZOO H. STONE". Additionally, she has a tattoo of two birds on her chest and carries an orange iguana on her shoulders. It is discovered that she reads The Jungle Book and wears Eau de Wild.

After Jones and the player examined and analyzed a snake, Alex told them that the snake who ate the victim belonged to Harper Stone, an animal trainer specialized in reptiles. So the team had to interrogate Harper. Upon hearing that the snake was used to kill Roland, Harper demanded the team to let her see the giant boa, but the team had to confiscate the snake angering her. Harper told the team that she had all the authorizations and knew that "Madama Serpent" required a snake for the final act, but someone broke the snake loose, allowing the murder to take place.

Harper was interrogated a second time when the team wanted information about a mysterious person known as Opera Phantom. Harper said that she found Phantom at a place at the Opera sleeping and he cried to her to keep it a secret. She also said that since that time, people started to call her Eve and some other stupid names. Harper said that she had been working as a snake trainer for the Opera for years, but no one seemed to care about Harper's agenda.

Harper was found innocent after the team arrested Annabel Stewart as the killer.

Harper was dragged into another murder investigation when the team found a locket with her picture in it. Jones pointed out that she was dating Nathan, who was the victim of the case. Upon learning of his murder, she then broke into tears and told the player to find his killer.

Harper was spoken to again when the team found a stuffed frog with a note from Harper, refusing to take the stuffed animal. When the team asked her, Harper said she realized that she did not love Nathan anymore and then suggested to him that they go back to being friends. However, Nathan still kept giving her gifts, not wanting to believe their relationship was over.

Harper was found innocent once again when Kit Partridge was found guilty of Nathan's murder. However, she was talked to again when the team found Nathan’s phone. Harper said that she and Nathan agreed to bring Jackson Peacock to justice. She then told the team to look for Nathan’s diary. 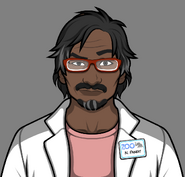 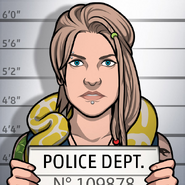 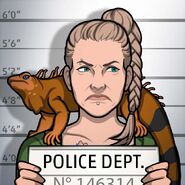 Retrieved from "https://criminalcasegame.fandom.com/wiki/Harper_Stone?oldid=448287"
Community content is available under CC-BY-SA unless otherwise noted.