Gut Out is a case featured in Criminal Case as the seventh case of Supernatural Investigations (Season 7) and the three-hundred twenty-ninth case overall. It takes place in the Southwest.

Upon arriving in New Mexico, Felix told Luke and the player that the livestock were not being killed by the "malevolent sulfuric evil" Dr Aculus was investigating but rather by a chupacabra. The team then went to Taos Pueblo, where they found art instructor Paul Etter disemboweled by a chupacabra.

Mid-investigation, Ben told the team that he had found a restaurant that the killer recently ate in. Later, Luke killed the chupacabra as it was beginning to attack the team. The team then found enough evidence to arrest Paul's sister, goat ranch owner Susan Etter, for the murder.

Susan admitted that she had found the chupacabra in her garden one night and raised it to attack the goats in all the competing farms in Taos Pueblo. With her own farm still failing, Susan asked Paul for financial aid, which he refused to give. She then trained the chupacabra to attack Paul and make it look accidental so she could collect his life insurance money. With the team recording Susan's confession, they turned her over to the police.

After the arrest, Justine Bankston called Gwen, telling her that she had been arrested for murder. Justine said that FBI agents had arrested her at the restaurant, claiming that she murdered her sister. At the restaurant, they found Agent George Mathison's laptop, which (per Hope) contained undeniable proof that Justine did kill her sister with an axe. Holding on to the fact that a tarot card had been slipped into Justine's sister's pocket just as Jesse Adams did to Rainee Day in Arizona, Gwen unsuccessfully tried to convince George of Justine's innocence. With Hope forging them entry passes to Saguaro Penitentiary, the team went to talk to Jesse. He said that he had been falsely convicted, saying that he had blacked out in Las Cruces, New Mexico, and woke up in the jail cell, having no memory of the murder or the subsequent investigation, including his confession to the murder.

Meanwhile, Luke and the player talked to Bathsheba about the sulfuric evil. While she had been convinced by Dr Aculus to keep her knowledge a secret, she let slip that the only other person who knew anything was an old lady whose name was "horsey-something". The team then discovered that Melissa Roanhorse's grandmother Haseya was a high-ranking Navajo elder based in New Mexico. With Ben's help, the team baked a sumac berry pie to give to Haseya before talking to her. Haseya then told the team that the sulfur evil was actually a demon wreaking havoc.

After all the events, the team speculated that Jesse and Justine were possessed by a ghost to commit the murder, just as Rick Lewis had in Nevada. The team then went to Las Cruces to find out more about Jesse's and Justine's cases.

Carmen Garcia
Add a photo to this gallery

Jesse Adams
Add a photo to this gallery 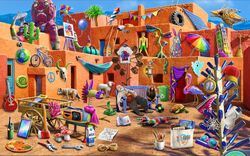 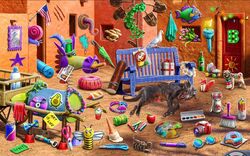 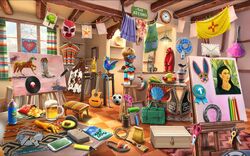 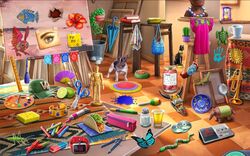 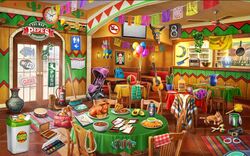 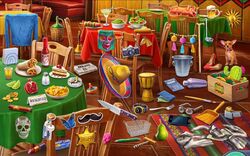 Restaurant Tables
Add a photo to this gallery

Something Wicked This Way Comes (2/5)

Retrieved from "https://criminalcasegame.fandom.com/wiki/Gut_Out?oldid=523166"
Community content is available under CC-BY-SA unless otherwise noted.