Guō Hàn (Chn: 郭汉) was the victim in The Killer in the Rice (Case #25 of World Edition).

Han was a paddy farmer. He had black hair, dark brown eyes, and at the time of his death, he wore a gray singlet with a pocket and a conical hat with red ribbon.

Han was found on the rice fields with his throat slashed. Angela revealed he died of exsanguination after his carotid artery was severed. Since he died on the rice fields, she told Carmen and the player to look for farming tools. Angela also found traces of alcohol on Han's body, precisely from a Chinese rice-made liquor called baijiu. As Han did not have baijiu in his system, Angela confirmed it came from the killer – which meant the killer drank baijiu.

After a second visit to the rice fields, the cops found a bloody sickle. A blood sample was sent to Lars, who found two different blood types: one from the victim – filing the sickle as the murder weapon – and another one from the killer. Since the second type was A+, Lars confirmed the killer was A+.

As Han's parents left for Beijing to find work, he was left to the care of his Aunty Hua. Han's friend, Zhao Mei, thought him too clumsy and too cowardly to survive and gave him multiple dares which he did not take or unsuccessfully took. On one of the dares, he had stolen his aunt's pair of boots, which angered her enough to chase him out of the house and make him run away. He had also set up a bear trap which hermit Blind Sen accidentally walked into. He, Mei, and the rest of the village children had also taken part in burning Teacher Yang's books, even though Yang thought of Han as a smart boy. Meanwhile, traveler Ronin Ozawa came to their village for "business interests" and kept tabs on Han so he could recruit him.

The killer turned out to be Mei.

Upon her arrest, Mei said that even though she loved Han, he was not "strong enough" to survive in nature as he never completed the challenges and antics she prepared for him. In trial, Mei only repeated her cryptic message to Judge Adaku and offered no further explanation. The judge ordered for her placement in a juvenile prison with psychological help from a criminologist.

Later, the team would find out that Mei had gotten into contact with SOMBRA, who convinced her of their philosophy that the weak must die. As such, she (and her fellow villager teenagers and children) partook in activities and pranks of higher and higher danger, greatly worrying the adults. 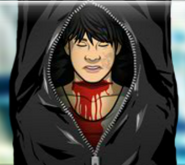 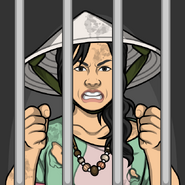 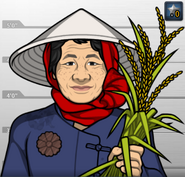 Aunty Hua, Han's aunt.
Add a photo to this gallery

Retrieved from "https://criminalcasegame.fandom.com/wiki/Guo_Han?oldid=490888"
Community content is available under CC-BY-SA unless otherwise noted.