Good Cop Dead Cop is a case featured in Criminal Case, appearing as the sixth case of the game as well as the city of Grimsborough. It takes place in the Industrial Area, a district based in Grimsborough.

Ed Dunkin, a detective of the Grimsborough Police Department, was found shot to death in a subway station.

During the investigation, Jones and the player found out that Ed was associating himself with dodgy characters like dogfight host Angel Martinez, pimp Zeus, and bookmaker Freddie Whitmore. The team eventually gained enough evidence to arrest Harry Landry—a fellow Grimsborough Police detective and the victim's partner—for the murder.

Upon admitting to the crime and declaring himself guilty, Harry stated that he could not watch Ed, who was an inspiration to him, ruin his career. He begged the victim to stop, even threatening to report him. Ed, however, refused to listen and laughed in Harry's face, resulting in a struggle which ended with Harry shooting his partner to death.

At the trial, since Harry admitted to the crime before Judge Hall, he was only given a 4-year jail sentence with parole eligibility in 2 years, much to Harry's dismay, as he felt he deserved a more severe sentence.

After the arrest, the police would fine Angel after finding Angel's mistreated puppy in the subway. They also helped Zeus find his lost tie and prostitute Ginger's handbag after the latter was stolen and tossed away by a thief.

Freddie Whitmore
Add a photo to this gallery 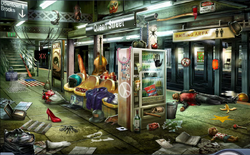 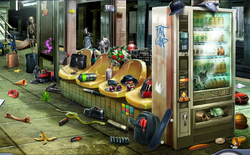 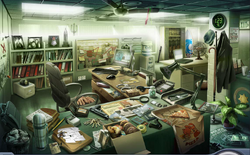 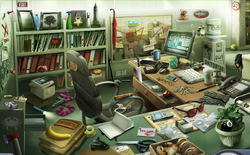 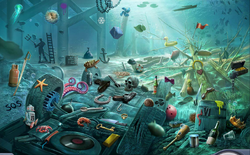 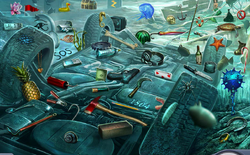 Submerged Car
Add a photo to this gallery

Retrieved from "https://criminalcasegame.fandom.com/wiki/Good_Cop_Dead_Cop?oldid=536808"
Community content is available under CC-BY-SA unless otherwise noted.