Gone in 30 Seconds is a case featured in Criminal Case as the seventh case of Travel in Time (Season 6) and the two-hundred ninety-eighth case overall. It takes place in The 1960s.

Jack and the player walked around Grand Central Station while Amy figured out a drop location for their distress message to 2029. They were then approached by newsagent Bucky Johnson regarding a man who had collapsed in front of his newsstand. They then collected the body of artist Billy Snapshot, who had been stabbed in the hip.

Mid-investigation, Janis discovered that Billy had a safe deposit box at Grand Manhattan Bank. Afterwards, the team caught pop artist Sandy Lemko in the middle of trying to access Billy's deposit box. Later, Soviet ambassador Lev Romanov (who the team learned was Marina's grandfather) then admitted that Billy was Rodion Rizovsky, a Soviet spy who began spying on him instead. The team then arrested his fellow artist Ellie Argent for the murder.

Ellie admitted to the murder, however, she denied knowing that Billy was a Soviet spy, saying that she was Lemko's favorite artist until Billy rejected her advances. Soon after Billy blew her off, the whole scene began ignoring her as well. Desperate to get back in the spotlight, Ellie used an ice pick to stab Billy in the hip and left him to bleed out. The team then handed her to the courts, where she would possibly get sentenced to 20 years in prison.

Post-trial, Amy told Zara and Theo to pose as Chief Scott's parents in order to open a trust fund account for him so that they could place a distress message in his vault to be opened in 2029. They then set up the account with the player posing as their financial adviser and with help from bank clerk Judy Strong and Orlando, who forged the necessary documents. Meanwhile, Jack and the player took Nebet sightseeing in order to show her how the world had changed since her time.

After all the events, Kai asked Jack and the player to find a stabilizer for their homing beacon. They then asked Lemko if they could take an art piece to use as a stabilizer. After Kai was able to build the distress beacon, Amy informed the team they were headed to Houston, Texas, where S.A.R.A. was working on sending people to the moon, so that they could set off the beacon without attracting suspicion.

Martha Jefferson
Add a photo to this gallery 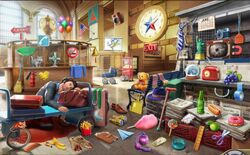 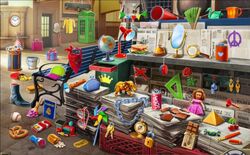 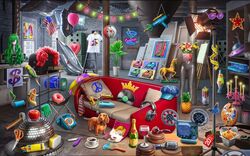 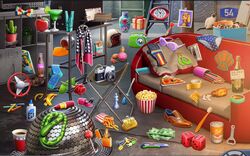 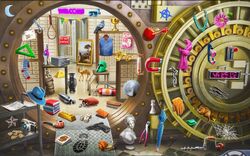 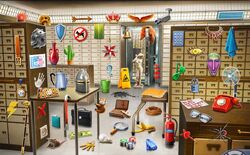 Deposit Boxes
Add a photo to this gallery

Start a Discussion Discussions about Gone in 30 Seconds