Gloria Hayes (All Chapters)
Amir Devani (1 task in Chapter 1 & Is This Just Fantasy? 1)

Gone Pear-Shaped is a case featured in Criminal Case as the thirteenth case of The Conspiracy (Season 5) and the two-hundred forty-fourth case overall. It is the first case to take place in The Greens district of Grimsborough.

Shortly into the investigation, Rozetta Pierre started promoting her tech company, DreamLife, claiming that iPear was done for with Paul's death. Later, a group of customers rioted outside the store after finding out about the murder. The team then gathered enough evidence to arrest Paul's son, Waldo Gigs, for the murder.

Admitting to the murder, Waldo said that after he had dropped out of college, his father had forced him to train for a job at iPear, stating that he needed to take over his legacy. Wanting the freedom to choose what he was to do in his life, Waldo had injected raccoon poison into a pear and left it in a fruit basket in the store for his father to eat. Judge Powell sentenced him to 15 years in prison.

After the trial, bodyguard Jon Benson asked the team to look into Hawk Eye Security, who had offered him a job, directing them to the store for the company contract, which Ramirez used to discover that Tony Marconi owned the company. They talked to Marconi, who said that he kept the company details secret because no one would trust the company if they knew that he was the owner, given his past. He then assured the team that there was no dirt to dig up on him.

Meanwhile, Amir and the player found a ticket to DreamLife's launch party for their new virtual reality system with help from Rozetta herself. They then invited Rupert to the party as well. The three of them attended the party, where Rozetta introduced their new system with a game that allowed the wearers of the VR headset to discover a world shaped exactly to their dreams. After the party, Jones assured that their investigation into Marconi was only just beginning.

One-Tooth Sam
Add a photo to this gallery

Tony Marconi
Add a photo to this gallery 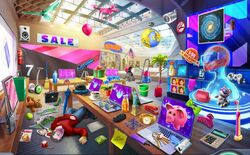 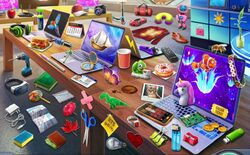 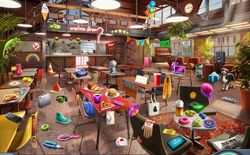 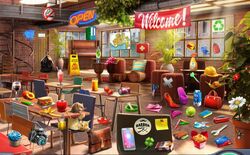 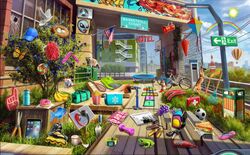 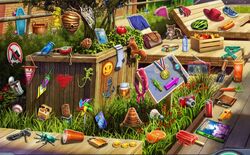 Greenline Planter
Add a photo to this gallery