Going the Distance is a case featured in Criminal Case as the one-hundred fifty-sixth case of the game. It is the forty-first case of the game's World Edition (Season 3) and also the fifth case to take place in Africa.

The Bureau followed the Road Rage Rally's mysterious sponsor to Mazunda. After Lily Karam crossed the finish line and won the race, she dragged the corpse of her poisoned co-driver Nomena Leroy out of their car, prompting Carmen and the player to investigate.

Angela discovered that Nomena was poisoned during her stop at the forest. Later, Jonah threatened to leave the Bureau because his half-sister was being interrogated, and searched for SOMBRA's smugglers on a rampage. The team then incriminated diamond heiress Lavinia De Brills as Nomena's killer.

After denying involvement, Lavinia admitted she was smuggling her own diamonds for SOMBRA with Nomena's help. Nomena then stole some of the diamonds for herself and threatened to expose Lavinia if she did not provide her her own rally racing team. Feeling jeopardized and offended, Lavinia slipped a venomous snake into Nomena's toolbox. Judge Adaku sentenced her to 50 years in jail for the murder of Nomena Leroy, smuggling diamonds, and refusing to cooperate with the authorities.

Post-trial, Jack and the player requested Ninah Zafy's help to locate the missing diamonds. Ninah directed the team to the forest, where they found (per Lars) diamond powder in an empty briefcase, which proved the diamonds were recovered by SOMBRA.

Michelle Zuria volunteered to help the team locate the diamonds. After investigating the Mazundan police files, Michelle deduced the diamonds were dropped at the art gallery to be picked up by another agent. They found the diamonds hidden under a tribal mask with rally driver Thomas Moulin's sweat stains. Thomas said he only followed Lavinia's orders so the Bureau mole could pick up the diamonds.

Lily departed to Brazil after a quick meeting with her half-brother. Later, the team prepared to interrogate Lavinia about the mole, only to find out from Carmen that Lavinia was killed in her jail cell.

Thomas Moulin
Add a photo to this gallery 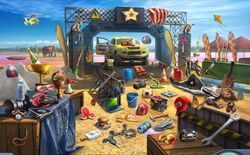 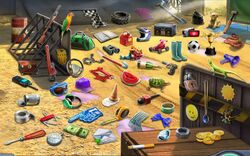 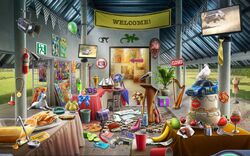 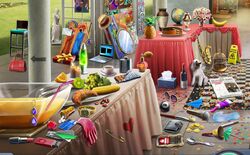 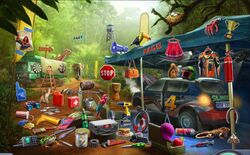 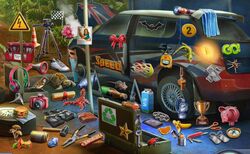 Repair Station
Add a photo to this gallery

Retrieved from "https://criminalcasegame.fandom.com/wiki/Going_the_Distance?oldid=457443"
Community content is available under CC-BY-SA unless otherwise noted.