Jack Archer
God Save the Prince is a case featured in Criminal Case, appearing as the one-hundred sixteenth case of the game. It is the first case of the game's World Edition (Season 3) and also the first one to take place in Europe.

At the Bureau's European Headquarters, Ingrid introduced the player, who was newly promoted from Pacific Bay Police Department, to Chief Ripley, who informed the player about a series of crimes plaguing Europe prior to their arrival. Jack and the player then were sent to patrol Westminster Lane only to find Prince Albert, heir to the British royal family, poisoned in a phone booth.

During the investigation, the detectives were taken to speak to The Queen on her orders by a royal guard. Soon after, Count Rupert attempted to arrest Jack and the player for their behaviour. However, the team's historian, Dupont, protected them by using an ancient British law which allowed them to investigate until sunset. The player them gathered enough evidence on time to arrest royal maid Enid Grimshaw for the murder.

Enid initially denied involvement but soon admitted to the crime. Enid said she was blackmailed by an unknown party into doing the things that would eventually lead to his death, but she did not know at the time that it would kill him. Enid told the prince to meet her at Westminster, where she then rang the phone to call him at the phone booth which she had rigged with the poison device. Judge Adaku sentenced her to 10 years in jail. Afterwards, Rupert attempted to arrest them, but Queen Mary stopped him from doing so as they had solved the murder.

Post-trial, the team investigated who ordered Enid to kill the prince. In Westminster Lane, they found a page in which someone threatened Enid and ordered her to kill Albert. Per Dupont, the page belonged to an ancient manuscript about a long lost cult, whose mark matched Brother Klaus' necklace. Klaus claimed not to know about the threat before being put in custody.

Meanwhile, the team investigated the theater to look for Rupert's lost phone, which they found. Per Elliot, the phone showed that banker Archibald Gilchrist was financing Count Rupert to support the unification of all European states into "The United States of Europe" in an upcoming continental referendum.

With Klaus released due to lack of solid evidence, Chief Ripley ordered Jack to remain in Britain to monitor Klaus while the player would report to France, since the aforementioned manuscript was found at an auction in Paris. 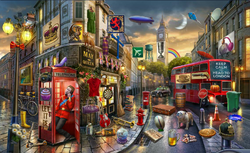 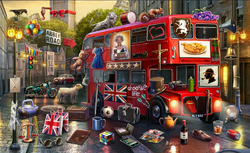 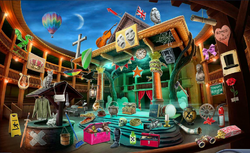 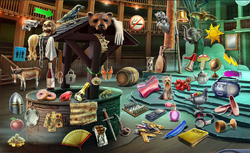 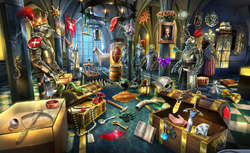 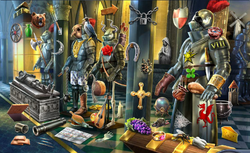