Little is known about Giovanni, except that he was a prominent member of the Italian gang and that he was the father of thug Vinnie Costa.

Maddie and the player found a puzzle box with a message inside promising vengeance along with a string of numbers. According to Evie, the string of numbers referred to a police file detailing Giovanni's murder, which was committed by Father Donovan. The two then talked to Vinnie Costa.

Vinnie said that in a fight between the Italian gang and the Irish gang, Giovanni, a leader in the Italian community, was shot by an Irish thug, Aengus Donovan. The only thing that was left to Vinnie was the puzzle box where he left that message. 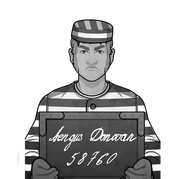 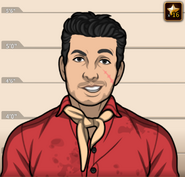 Retrieved from "https://criminalcasegame.fandom.com/wiki/Giovanni_Costa?oldid=475141"
Community content is available under CC-BY-SA unless otherwise noted.