Gertrude Avery was the killer of her stepdaughter, assistant Lissa Avery, in The Machiavellian Candidate (Case #49 of Mysteries of the Past).

Gertrude is the 49-year-old stepmother of the victim. She has short blonde hair. She dons a long sleeved teal dress with gray buttons and pinstriped lapels. Additionally, she wears a pearl necklace and matching earrings. It is known that Gertrude has diabetes, reads Machiavelli and eats lobster.

Gertrude became a suspect after Maddie and the player were informed by Constable Ramirez that she was crying over the murder in the park, claiming she was the victim's mother. She said that the victim was a sweet girl and that she even helped Lissa take notes on The Prince by Machiavelli because she claimed the victim thought the book was "too mean" to her. When asked if Lissa had enemies, she said that Ivory Hill was full of political schemers that were like sharks looking for blood and that Lissa wasn't like everyone else, preferring to feed birds at the city park. This prompted the team to investigate the city park.

Gertrude was spoken to again about a birth certificate proving that she was not the victim's biological mother. She admitted that she was the victim's stepmother and that she had married Lissa's father after his first wife died. When Maddie questioned their relationship, she revealed that they didn't start out as the best of friends, but they had become very close after her father died, leading them to learn much more about each other. She then said that Lissa was all she had left of her father and was sad that she would never see her again.

In the end, Gertrude was revealed to be Lissa's killer. Initially denying the accusations, Gertrude admitted to the crime. After her husband had died, Lissa got the whole inheritance, giving Gertrude a tiny sum. Realizing that killing Lissa would grant her the fortune, Gertrude slipped cyanide in her wine during the luncheon, hoping to pin the murder on the politicians. Taking back his place in the court, Judge Takakura sentenced her to 25 years in jail. 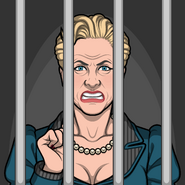 Gertrude, sentenced to 25 years in prison for the murder of Lissa Avery. 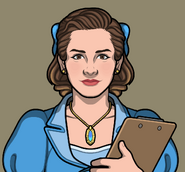 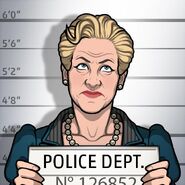 Retrieved from "https://criminalcasegame.fandom.com/wiki/Gertrude_Avery?oldid=415442"
Community content is available under CC-BY-SA unless otherwise noted.