The Murder of Emilie Bouton (s8)

Chief Gauthier Delacroix is a main character appearing in Season 8 of Criminal Case, where he serves as the Parisian Police Squad's Chief of Police.

Gauthier has brown eyes, short black hair and a five o'clock shadow. He wears a white shirt with a navy tie under a cobalt police jacket with a silver leaf pattern on the collar and epaulettes with a matching pattern and silver buttons.

Occasionally, Chief Delacroix personally analyzes clues and informs the team of such results after a certain amount of time or a speed-up process using Criminal Case Cash. His task-wait rates vary depending on the difficulty of the task, but they all cost 1 Criminal Case Cash per 30 minutes.

Below is the list of analyses Chief Delacroix performs throughout the course of the game:

As the Chief of Police of the Parisian Police Squad, Chief Delacroix requires reports from three different "teammates" (friends who play Criminal Case and are recruited to the player's team) before he can let the player advance to the next case of City of Romance. Besides that, he notifies the player each time they level up in the season.

The player may choose Chief Delacroix to join the investigation of each crime scene (in any case in City of Romance) and provide hint bonuses. He is available as a 5-hint partner. (This feature is only available in the mobile variant of Criminal Case). 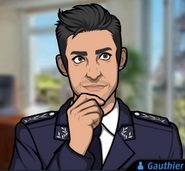 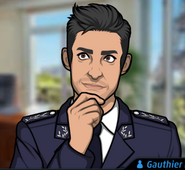 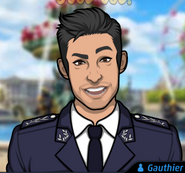 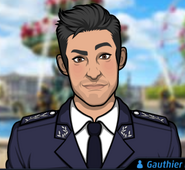 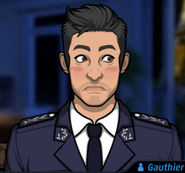 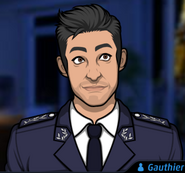 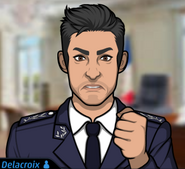 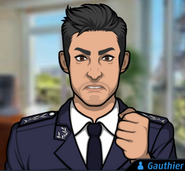 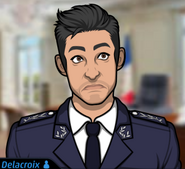 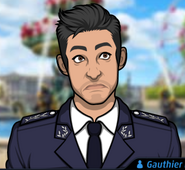 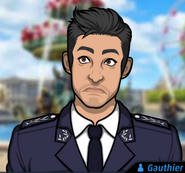 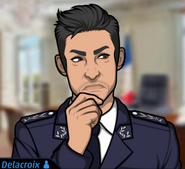 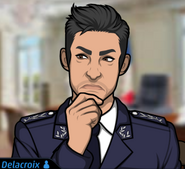 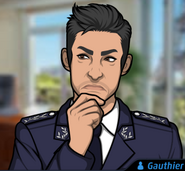 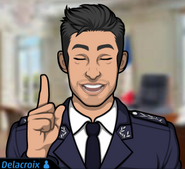 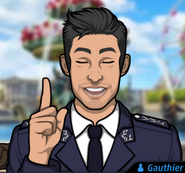 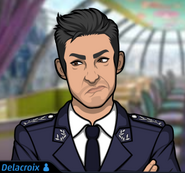 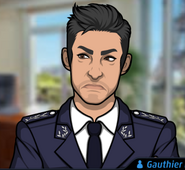 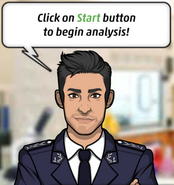 Chief Delacroix, notifying the time remaining until analysis is complete. 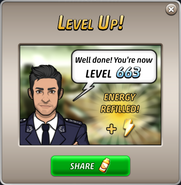 Chief Delacroix will be the one notifying the player leveling up in City of Romance.

The player may choose Chief Delacroix to join the investigation of each crime scene (in any City of Romance case) and provide hint bonuses.

Chief Delacroix will appear on a certain case mark in the map when a case is required to be unlocked, asking for reports from the previous case before you can move forward.