Game Over is a case featured in Criminal Case as the eighteenth case of The Conspiracy (Season 5) and the two-hundred forty-ninth case overall. It is the final case to take place in The Greens district of Grimsborough.

Jones and the player went to DreamLife's booth at the annual tech convention to investigate the company. There, Juniper started giving a demonstration of their VR system, revealing her to be an actual employee of DreamLife. As soon as she put on her headset, however, it exploded, blowing half her head off and causing a commotion in the venue.

Mid-investigation, the team dispersed a crowd of worried VR players rioting in the Player Zone about the safety of their headsets. Rupert was then suspected for the murder as he had attended the convention without informing the rest of the team. Later, Annie Schmidt said that she blew Juniper up with the power of her mind. It became increasingly apparent through Annie and Rupert that the VR game was both addicting and blurred the line between fantasy and reality. Fortunately, the team was able to find enough evidence to arrest Juniper's brother, beat cop Tim Cooper, for the murder.

When Tim admitted to the murder, he said that his father had been dying and had wanted to see Juniper for the last time. Instead of visiting him, however, Juniper merely sent a VR headset to her father so he could talk to her in the game. Out of love for his daughter, his father had started playing the game all the time, eventually dying while talking to the virtual Juniper. Angry that his sister showed no remorse or sadness, Tim then rigged Juniper's headset with explosives and detonated the bomb while he was watching her during the convention. Judge Powell sentenced Tim to 40 years in prison.

Post-trial, Cathy asked the player to find proof that the "glitch" that introduced a "perpetual dusk" mode in the game was not a glitch at all. She said that the feature would have to be heavily documented if it were not a glitch. Alex and the player then went to DreamLife's offices and found a hard drive, which (per Cathy) contained emails and memos heavily documenting the feature's design, testing, validation, and production.

Meanwhile, Tony Marconi said that his company was being paid to guard the satellite in the forest through a temporary account that was refilled by both DreamLife and an anonymous contributor. After Marconi gave them the account number, Jones and the player searched the DreamLife offices and found a donation form to the company from the same anonymous source. Ramirez traced the account to a cult called The Higher Truth dedicated to enlightenment and reaching higher planes.

After all the events, Jones and the player confronted Rozetta Pierre regarding the VR game. Rozetta said that she did not authorize the development of such a feature and assured that the development team was fired and the game was going to be pulled from the market shortly. She also said that they had devised an ending to the game to help ease the transition of addicted players back into the real world. The team searched DreamLife's booth and found a USB stick which (per Cathy) contained a proper game ending with proper lighting that involved Juniper saying her final goodbye to the player. Furthermore, Gabriel devised a five-step program to further ease VR players back into the real world. Gabriel and the player then went to Rupert in order to get him to start weaning off the game.

Chief Parker then assigned the team to Old Town in order to investigate The Higher Truth and their connection to DreamLife and Rozetta. Afterwards, Zoe Kusama went in the station and kissed Jones, finally regaining memory of their relationship.

Rupert Winchester
Add a photo to this gallery

Tony Marconi
Add a photo to this gallery 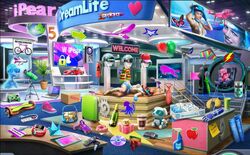 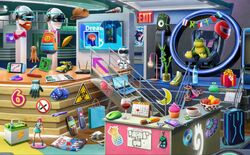 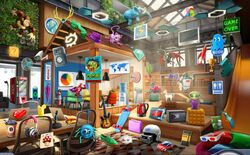 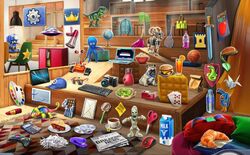 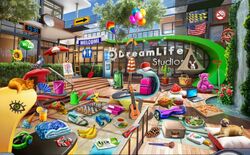 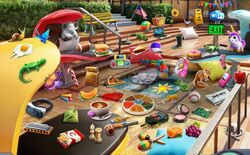 Nap Pods
Add a photo to this gallery