Game, Set, Murder is a case featured in Criminal Case as the fortieth case of The Conspiracy (Season 5) and the two-hundred seventy-first case overall. It takes place in the University district of Grimsborough.

Amidst the heavy rains during the night, Jones and the player rushed to the university workshop after receiving reports of a murder there. They then collected the body of tennis player Stephanie Griff, whose head was crushed in a vise.

Mid-investigation, Dean Donna Walker, who was on night patrol, told the team that she saw Stephanie in the library the morning of that day. Later, Jones was pelted by tennis balls from a malfunctioning tennis ball machine. The team then found enough evidence to arrest groundskeeper Gunnar Burns for the murder.

Upon admitting to the murder, Gunnar said that he killed Stephanie while torturing her by knocking her unconscious and slowly crushing her head with the vise to reveal "what she knew". However, he stopped himself from giving any more information. Judge Powell then sentenced him to life in prison without possibility of parole.

Post-trial, Stephanie's girlfriend, Miranda Cohen, told Jones and the player to find Stephanie's camera for any information about why Gunnar killed her. They found the camera in the tennis court, which (per Cathy) contained a picture of Gunnar digging up at the court late at night. After getting authorized by the dean to dig up the court, the team found a broken skull, which (per Martine) belonged to Clara Burns, Gunnar's ex-wife, who was killed by blunt force trauma to the head over 20 years ago. They then interrogated Gunnar, who said that he had bashed Clara's head in after she took everything from him during the divorce and that he had buried her in his backyard. However, he had to relocate her body after the local council asked to dig up his backyard to install some Internet cables. He then buried her at the court under the guise of resurfacing but was caught in the act by Stephanie.

Meanwhile, Gloria and the player searched the library for more information on Ad Astra and found an entire volume on the secret society. Per Gabriel, the volume was an Ad Astra manifesto stating that those who were physically and intellectually superior deserved to control the rest of society who were better off without the burden of decision-making, a philosophy reflected in Rozetta Pierre's actions with DreamLife. After finding out that Professor Kevin Charles had introduced the concept of "selective superiority" to Rozetta, the team grilled him about Ad Astra. Kevin said that Ad Astra started as a group consisting of Rozetta and her like-minded peers talking about the future of humanity, which she started per his encouragement. However, he became uncomfortable with how they wanted to put the theory of selective superiority into practice. The team then asked for his help in identifying the society's current members, but Kevin said that he had been done associating with the group years ago.

After all the events, the team began suspecting that the new Ad Astra had something to do with Rozetta's plans, making the team resolve to investigate further into the matter.

Miranda Cohen
Add a photo to this gallery

Kevin Charles
Add a photo to this gallery 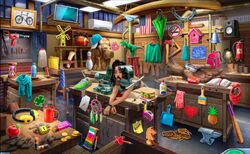 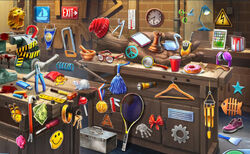 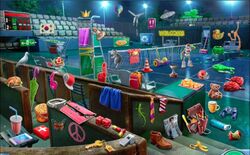 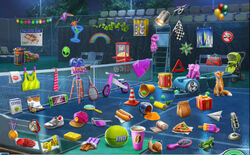 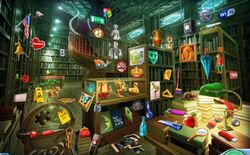 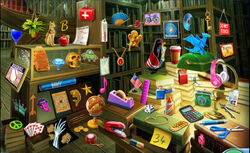 Library Desk
Add a photo to this gallery