Freddy was a 17-year-old teenager who used to rob for a living. His sister, Ramona Stewart, and his friend, Julian Ramis, knew about it and even helped him in most of his thefts.

Freddy had spiky blond hair and blue eyes. He wore a green plaid jacket over a platinum gray shirt and a beaded tooth necklace.

Freddy was found lying dead against a tree in Cooper Park (the same area where Henry Crosby was blown up) with an arrow in his left eye. When Jones and the player were searching the crime scene, they found a crossbow, which they later examined and found an unknown molecule on it. They gave the molecule to Grace for analysis. After the analysis was over, Grace told the team that the molecule on the crossbow was of Eau Delà (a perfume), which revealed that the killer used this perfume. Later, whilst examining the arrow which pierced through Freddy's skull, Nathan found traces of nicotine, which indicated that the killer was chewing on the arrow before loading it. This told the team that the killer smoked. Later, after speaking to Julian's father Edward Ramis, the team returned to the park to look for more clues. They found a cigarette butt which they analyzed for DNA. Sending it to the lab, Grace found out that the killer had green eyes.

Freddy was friends with middle schooler Julian Ramis, with whom he and his sister Ramona Stewart often committed burglaries of rich families. Freddy's last burglary before his death was of Alden Greene's mansion, but Ramona had backed out due to it being too dangerous. They were able to successfully commit the burglary, robbing a pair of cufflinks (among others) and evading Greene's bodyguard, Noah Richards.

The killer turned out to be middle school student Julian Ramis, who was also Freddy's friend.

After robbing Alden's mansion, Julian and Freddy were celebrating at Cooper Park. Freddy was very happy and became fascinated by the stolen crossbow, thinking of it as a trophy. He gave Julian the crossbow to celebrate. However, the crossbow was extremely old and rusty, which fired on its own and went right through Freddy's left eye, killing him instantly.

Despite Freddy's death being accidental, Julian had still committed a crime for taking part in the robbery, and was thus sentenced to 1 year in a Juvenile Detention center; had he not joined Freddy in the robbery, no charges would have been pressed against him. 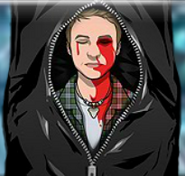 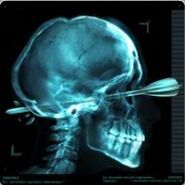 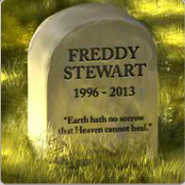 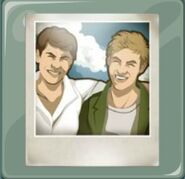 A photo of Freddy Stewart and Edward Ramis. 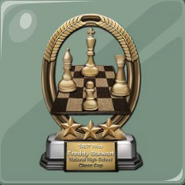 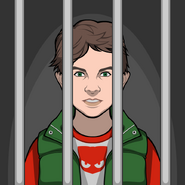 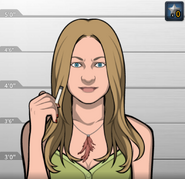 Ramona Stewart, Freddy's sister.
Add a photo to this gallery

Retrieved from "https://criminalcasegame.fandom.com/wiki/Freddy_Stewart?oldid=491870"
Community content is available under CC-BY-SA unless otherwise noted.