Freddy Gomez was a suspect in the murder investigations of acrobat Annie Capri in Death at the Circus (Case #52 of Pacific Bay) and ex-con Louis De Rico in No Honor Among Thieves (Case #55 of Pacific Bay).

Freddy is a 42-year-old wax artist. He has blond hair and wears a black suit over a brown vest and white shirt with a green neckerchief around the shirt's collar. Several wax working tools are visible in his suit pocket.

It his first appearance, it is known that Freddy eats shaved ice, uses chalk and reads Tarot cards.

In his second appearance, he has an orange dye stain on his clothes and it is discovered that he has a cough and knows lock picking.

Freddy was first interrogated after Hannah finished analyzing the victim's phone, where it was revealed he messaged her fifty times the day before her death. When asked about the victim, he said he first saw her performing at the circus. The messages were sent because Freddy was trying to be friendly and thought the victim might need some protection. Freddy convinced her to hide at his wax museum, but she did not stay for long because the sculptures creeped her out. He went on to say he was sorry to hear of her death, and that he was only trying to protect her.

Freddy was interrogated once again after Amy and the player found a plaster mold with the victim's DNA in it. He wanted to make a wax sculpture of her, and thought it was the least she could do since he offered her a place to hide. When he showed the sketches of her, Annie freaked out and broke the mold. And although Freddy tried to reassure her, she did not believe him and ran off. He went on to say that the victim would have been safe if she decided to stay at the museum.

Though Freddy was found to be innocent after the team incarcerated Mikey Bolero, they briefly spoke to him again regarding a possible heist involving his museum. When told about proof of his involvement, he denied it saying the thieves may be planning to rob his museum. Although Amy believed he was just playing dumb, they managed to find more proof about the existence of the big heist.

Freddy became a suspect in another murder investigation after Frank and the player examined some glass eyes found at the airport. Freddy did try to deny any involvement at first, but he eventually cracked under the pressure and admitted his involvement. He said that there was nothing else he did and offered the team to show the hideout, but the team did not require his help and arrested him on the spot for his involvement in the heist.

Freddy was spoken to again after the team found a collage he made which had Annie Capri, Lindsay Bannister, and Dinah Cooper with a message from Louis. According to Russell, the person who made this had an obsession with dead women. On closer inspection, he found the pictures were not of the real victims, but of wax sculptures with glass eyes, which immediately pointed to Freddy. He said that the sculptures were art pieces for his next exhibit and their homages to the respective victims. Louis locked them up and threatened to destroy them, as they were Freddy's reason for joining the heist.

In the end, Freddy was found to be innocent for Louis's murder after the team arrested Danny Moto. 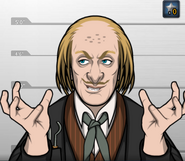 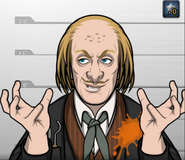 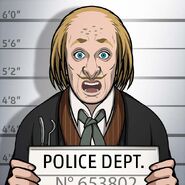 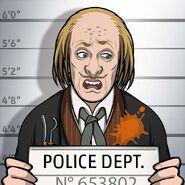 Retrieved from "https://criminalcasegame.fandom.com/wiki/Freddy_Gomez?oldid=468973"
Community content is available under CC-BY-SA unless otherwise noted.