Jack Archer (All Chapters)
Kai Malano (The Art of War 2)
Fountain of Death is a case featured in Criminal Case as the twenty-seventh case of Travel in Time (Season 6) and the three-hundred eighteenth case overall. It takes place in Medieval Asia.

Jack and the player headed to Karakorum, Mongol Empire, preparing to talk to Ogedei Khan in his palace. However, they were stopped upon finding General Subutai's eldest wife Tangzi Khatun shot with an arrow in the silver tree fountain.

Subutai promised the team to present them to Ogedei if they found his wife's killer. Mid-investigation, Jack accidentally activated a trapdoor in the fountain while trying to drink the free-flowing wine. Later, Ogedei arrived at the palace, demanding the team find the killer quickly and take them to him. The team then found enough evidence to arrest the city's top merchant, Ayanchin, for the murder.

After a particularly bad winter that took his good animals, Ayanchin was fired by Tangzi before she started badmouthing him, causing him to lose even more business. He had begged Tangzi to stop, but Tangzi said she would report his inadequacy to Ogedei. Fearing the Khan would behead him, Ayanchin shot her with an arrow. Ogedei then banished Ayanchin from Karakorum.

Post-trial, Subutai fulfilled his promise and took Jack and the player to Ogedei, who told the team that Ammon Bast was a trusted friend of his, giving military advice as well as advanced weapons to help them defeat the Song Dynasty of the Chinese Empire. The team's audience was interrupted, however, when Ogedei was informed of the kidnapping of his daughter, Princess Torgoljin. After the team promised to find clues to her whereabouts, they reconvened on the time machine, where Orlando noted that Ammon was planning to prematurely decimate the Chinese Empire so that the Ptolemys could piggyback on the Mongol takeover and rise to power.

Jack and the player then set off to the silver tree, where they found proof that Torgoljin was kidnapped by the Chinese. With Ammon predisposed with the Mongol army, the team volunteered to venture to China to rescue Torgoljin. Ogedei then promised to hold off the siege of the Chinese for his daughter's safety and tasked them to report back to him at the Great Wall after the rescue. Meanwhile, the player took Kai to meet French goldsmith and fountain engineer Guillaume Boucher, helping him repair a gear in the fountain in the process.

After all the events, Kai and Penelope were tasked to follow Ogedei's army to keep an eye on Ammon while the rest of the team set off to the Chinese Empire to rescue the princess, with Theo giving them Astro for them to communicate with the time machine twice a day.

Guillaume Boucher
Add a photo to this gallery

Ogedei Khan
Add a photo to this gallery 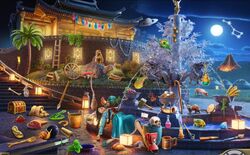 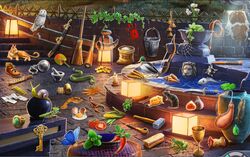 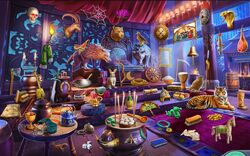 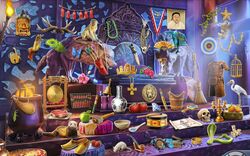 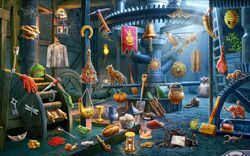 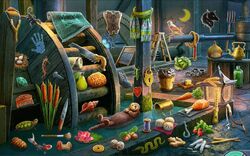 Fountain Reservoir
Add a photo to this gallery

Retrieved from "https://criminalcasegame.fandom.com/wiki/Fountain_of_Death?oldid=504429"
Community content is available under CC-BY-SA unless otherwise noted.