Fool's Gold is a case featured in Criminal Case as the twentieth case of Travel in Time (Season 6) and the three-hundred eleventh case overall. It is the final case to take place in Altered Present.

After the team had been arrested for conspiring against the Ptolemy Dynasty, a palace guard approached them, saying that Princess Nefertiti requested their presence. Amy and the player were taken to Nefertiti, who ordered them to solve the murder of her father, Pharaoh Ramses XLIII. With the team temporarily released and having full access to the palace, Amy and the player headed to the pyramid's balcony, where they found the body of Ramses with molten gold poured on his head.

During the investigation, the guards escorted the team to investigate the secret hangar (where the time machine was stored), where Ramses spent a lot of time. However, the machine was protected by a forcefield and Kai was sent back to prison to make sure the team could not unlock it. The team would later discover that the key they stole during Ammon Bast's party was needed to unlock the forcefield around the machine. Soon after, Queen Shabaka announced in Anubis Square that Ramses' killer and the captured resistance members would be executed by sunset. Despite the pressure, the team found Princess Nefertiti herself guilty of the murder.

Nefertiti admitted that her parents wanted to send her away to Egypt to stop her from using the time machine, hence preventing her from changing history again. Wanting to stay in New Cairo (where she held real power), Nefertiti programmed a drone to fly over Ramses and pour molten gold over his head. Although Nefertiti ordered the team to pin the murder on resistance spy Ravi Jabari, they handed her over to Shabaka, who sentenced her daughter to forced labor in Wolaniu Island.

After the arrest, Shabaka prepared to execute the team and the resistance, only to be interrupted by an explosion. A guard reported that the explosion allowed Kai and the resistance to escape from their cells into the balcony, where a shootout ensued and a fugitive was hit. Worried about Kai, Zara and the player headed to the balcony and found Kai's shirt with (per Theo) Ravi's blood. They talked to Ravi, who said that Kai punched him in the face for having considering betraying the resistance, before escaping alone to the palace throne room. In the throne room, the team found Kai lying unconscious and shot in the arm, and took him to Janis. Janis healed Kai, stating that he caused the cell explosion and was too close to the blast range.

Meanwhile, Amy and the player asked time machine warden Zayden Ito (who was a T.I.M.E. head mechanic in the original timeline) for help to unlock the forcefield. Upon being presented with the key, Zayden said that they also required the deactivation code. After they successfully deduced the code from the fingerprints on the keypad, Zayden and Jack ran through the machine's checklist, confirming it was ready to be used.

As a group of guards stormed the hangar to capture them, the team was able to board the time machine and make a jump to 18th century Cape Verde in hopes of stopping Ammon from seizing the commercial routes for the Ptolemys.

Zayden Ito
Add a photo to this gallery 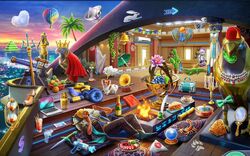 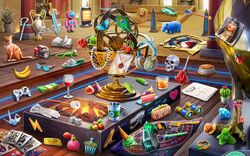 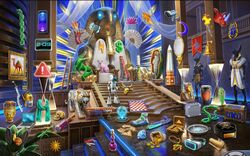 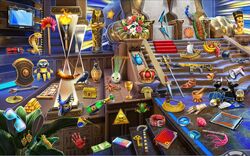 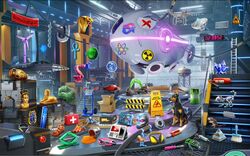 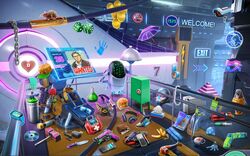 Time Machine
Add a photo to this gallery

Retrieved from "https://criminalcasegame.fandom.com/wiki/Fool%27s_Gold?oldid=528009"
Community content is available under CC-BY-SA unless otherwise noted.