Flatline is a case featured in Criminal Case as the seventh case of The Conspiracy (Season 5) and the two-hundred thirty-eighth case overall. It is the first case to take place in the Money Mile district of Grimsborough.

Two days after a major earthquake struck Grimsborough, relief operations were still ongoing in Walton Square, where the epicenter was located. Gloria and the player went there to assist the relief team, but instead started a murder investigation when they found Dr Greg Gibbs with his throat slashed.

Upon admitting to the murder, Richard said that Dr Gibbs had given him HIV by running his blood tests with an infected needle. When he had confronted him, he denied the accusations but later offered him free treatment. Greg also told Richard's wife about his disease, which led to their breakup. Wanting a revenge for ruining his life and family, Richard went to Greg after the earthquake and slashed his throat, hoping that the body would get lost in the rubble. Judge Powell sentenced Richard to 10 years in prison.

Post-trial, Jones and the player helped Ruby forward her concerns regarding the earthquake-proofing of the Financial Center to the Crisis Center with the help of Roman Harris and Danny Gibbs. Meanwhile, Jasper Everett and the player found medicine in Dr Gibbs's office, which they sent to Martine for Amir's treatment for the head wound he got during the aftershock. Afterwards, Chief Parker told the team to go on high alert for criminal activity during the aftermath of the disaster.

Danny Gibbs
Add a photo to this gallery

Amir Devani
Add a photo to this gallery 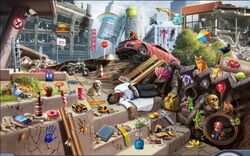 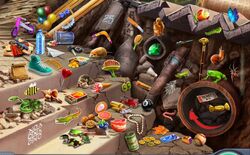 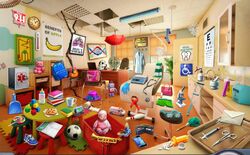 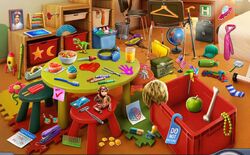 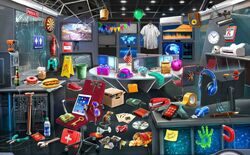 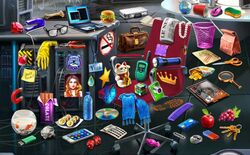 Computer Station
Add a photo to this gallery