Final Cut is a case featured in Criminal Case as the thirty-seventh case of The Conspiracy (Season 5) and the two-hundred sixty-eighth case overall. It is the first one to take place in the University district of Grimsborough.

Upon Dean Donna Walker's report of a murder there, Gloria and the player went to the university entrance to retrieve the body of university freshman Cindy McMinn, who was cut into two pieces.

Shortly after, Gloria and the player investigated strange sounds coming from the student horror movie set, which turned out to be student film director Toby Hansen searching for his phone. Later, the team arrested landscaper Gunnar Burns after he threatened Toby with a pair of hedge clippers for damage to campus property. However, in the end, the team apprehended Toby for the murder.

Upon admitting to the crime, Toby said that Cindy was transferring to another university and that he could not re-shoot the entire student film to replace her without causing major difficulties. He then thought that he might as well kill her, seeing that she was about to leave either way. He then told her to meet him on the campus, where he proceeded to film himself wearing the film killer's costume and slicing her in half with a chainsaw in order to depict the "most realistic death scene in all of horror cinema". Judge Powell sentenced him to 50 years in prison.

Post-trial, Gloria and the player consulted Dean Walker regarding Rozetta Pierre's term in the University, but she told the team that she was not yet the university dean during her time and that a network breakdown had wiped out a decade's worth of student archives. She then recommended the team go to the entrance, where there was a display of famous alumni. The team then went there and found a poster of Rozetta, describing her as a brilliant girl with a promising future. Per Cathy, the information in the poster was fake, prompting the team to talk with student Azeeb Patel, who created the poster. Upon interrogation, Azeeb said that he simply wrote what Rozetta said in a previous conference and apologized for the misunderstanding.

Meanwhile, Martine and the player (with the help of Alex) helped Professor Luke Harris and student film actress Sally Hooper to finish the movie Cindy was acting in (with Martine replacing her in the final scene). After all the events, Chief Parker told the team to be alert for every hint on Rozetta's past.

Sally Hooper
Add a photo to this gallery

Azeeb Patel
Add a photo to this gallery 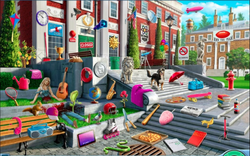 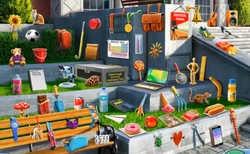 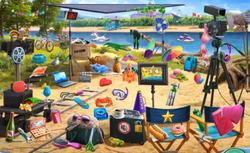 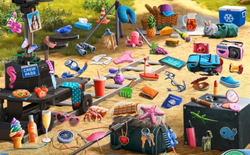 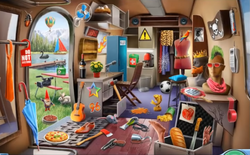 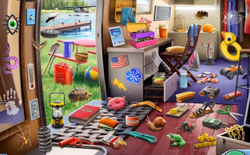 Trailer Desk
Add a photo to this gallery