Fields of Murder is a case featured in Criminal Case as the forty-third case of The Conspiracy (Season 5) and the two-hundred seventy-fourth case overall. It is the first one to take place in the Spring Fields district of Grimsborough.

After arriving at Spring Fields, Chief Parker told Gloria and the player about a fire in a local cornfield, prompting the team to go there, where they discovered Deputy Sheriff Gus McGuff with a large shotgun wound on his chest.

Soon after, a couple of volunteer firefighters requested the assistance of the team to protect a fertilizer barn from the fire to avoid an explosion, which led to Gloria being struck by a sandbag. Later, Ramirez told them that Mia Loukas's father, Sheriff Roy Loukas, had gotten into a fight with his daughter over his lack of authority to investigate the murder due to being a suspect. However in the end, after gaining enough evidence, the team arrested corn farmer Cody Mays for the murder.

Admitting to the murder, Cody said that someone had bribed him to set his cornfields on fire and to leave no witnesses. When he saw that Gus had seen him do the deed, he shot him in the chest point-blank with a DIY sawed-off shotgun. After he said that he did not know who had bribed him, Judge Powell sentenced him to 50 years in prison. Post-trial, Chief Parker told the team that the fire had spread to the neighboring fields, devastating the district and destroying most of its crops.

Gloria and the player then went to Cody in order to find out more about the bribery. He said that a person in a suit came to his farm, paid him to do the deed, and then left, telling "Fornax" that the job was done. The team then went to the barn to investigate, where they found the wad of cash paid to Cody wrapped in pink plastic, which (per Cathy) was a shrink wrap used by two agribusiness companies in Spring Fields: AgriMeadows and GrimFoods. The team then talked to chicken farmer Abby Lee, who said that nobody had approached her, but told the team to attend the cattle fair where both companies were to hold exhibitions.

Meanwhile, Gabriel and the player helped Mia and Sheriff Loukas reconcile after their fight. After all the events, Chief Parker told the team to prepare to go to the cattle fair to find proof of criminal conspiracy.

Lorenzo Sims
Add a photo to this gallery

Mia Loukas
Add a photo to this gallery 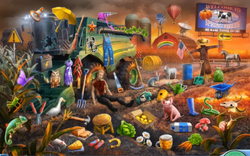 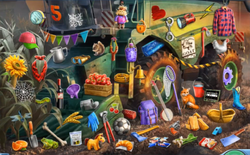 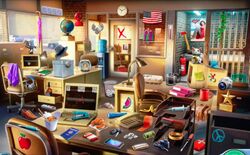 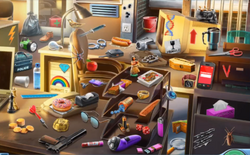 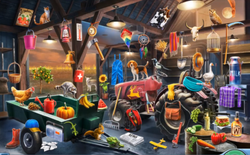 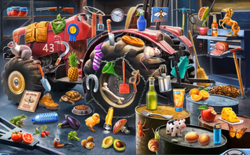 Tractor
Add a photo to this gallery

Start a Discussion Discussions about Fields of Murder