Felix Reed is a main character appearing in Season 7 of Criminal Case, where he serves as the Lore Expert of the Supernatural Hunters.

31 years of age, Felix has brown eyes and a black afro, as well as a mustache and a beard. Over his gray shirt, he sports a jacket with a red, blue, and yellow color scheme. He also wears gold-rimmed glasses.

A generally laidback and informal person, Felix was a college student when a lizard monster chomped on him, leaving him wheelchair-bound. In order to figure out what had happened to himself, he studied the occult, eventually being hired as a lore expert by Chief Arrow. It is known that Felix shares an RV with Luke.

After arresting Danny Kwame's killer, Gwen and the player spoke with Felix about his findings on the elixir of invincibility. He revealed that there was a weakness to the elixir. While the Grimoire of Bloode did not reveal the weakness, Felix suggested that they consulted with a high-level witch. Before doing so, they required protective amulets. After Felix forged some amulets using the cast iron chains that Gwen and the player had recovered from Alcatraz Museum, he arranged a meeting between the team and Morgana Blackhawk, the head of the witches' coven.

Meanwhile, Priya and the player located the Dawn of Night flower, an ingredient in the vampire elixir of invincibility. Sometime after they gave it to Felix for safekeeping, he was attacked and the flower was stolen. Ben managed to patch Felix up.

Felix's attacker was later revealed to be rogue vampire Eric Zwart, who was also the killer of Dr Aculus and was killed by Luke.

After arresting Marigold Carson's killer, Gwen and the player deduced (per Hope) that there was a serial-killing ghost in the Southwest. Felix suggested that the team conducted a séance in order to summon the ghost in question. After they found some ceremonial candles and rose quartz, Gwen and the player returned to Felix, who conducted the séance. They summoned the ghost, who revealed that they had been dead for five years. The ghost then threatened to unleash its wrath on the team, before mentioning a man called Greg Schmidt and disappearing.

When Felix and Luke discovered the body of journalist Todd Anderson near Bellevue Towers, he called the player over. Because of his expertise regarding the Milkman legend (to which Todd's body seemed to match the description) as well as his experience growing up in a similar neighborhood, Felix asked to be the player's partner in the investigation.

Shortly into the investigation however, Felix was shot in the shoulder. Fortunately, Ben said that he would be mostly unharmed but he needed to be pulled from the investigation. Gwen thus took over as the player's partner.

Later, the team learned that Clybourn Webster shot Felix after mistaking him for a Plutonian due to his colorful jacket. The team rushed over to their base as Clybourn was being kept there, only to find that he was holding Felix at knifepoint. The team then had Felix take off his jacket, and so Clybourn stopped thinking he was a Plutonian and released him.

After Lyla Heller was arrested for the murder, Felix and the player returned witch Avery Mitchell's earrings to her as part of the test of Agnes Leek.

During the investigation into good witch Belinda's murder, the team found Avery, who wanted to attend Walpurgis Night but was not allowed to because of her age. The team had her stay with Felix for the time being. Soon enough however, Avery attacked Felix in order to escape. While Felix was ultimately unharmed, he soon found out that Avery escaped so she could help with the investigation, but was kidnapped along with the rest of the children by a group of witches and so she asked him and the rest of the team for help. At the same time, Felix also cured Chief Arrow after he nearly died from touching a crystall ball cursed by Agnes.

Thanks in huge part to Felix, the team was able to uncover the kidnapping scheme of Morgana Blackhawk and Pandora Geiss, and Felix was also able to strip them of their powers.

As the Lore Expert of the Supernatural Hunters, Felix has the responsibility of taking care of all the necessary analyses requiring extensive knowledge on culture, the occult, and the supernatural, and to inform the team of such results after a certain amount of time or a speed-up process using Criminal Case Cash. His task-wait rates vary depending on the difficulty of the task, but they all cost 1 Criminal Case Cash per 30 minutes.

Below is the list of analyses Felix performs throughout the course of the game:

The player may choose Felix to join the investigation of each crime scene (in any case in Supernatural Investigations) and provide hint bonuses. He is available as a 4-hint partner. (This feature is only available in the mobile variant of Criminal Case) 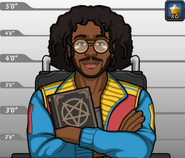 Felix, as he appeared in Hour of the Wolf (Case #4 of Supernatural Investigations). 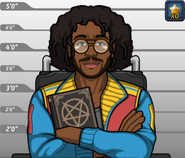 Felix, as he appeared in Hashtag Murder (Case #8 of Supernatural Investigations). 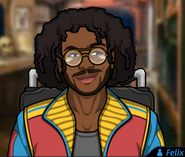 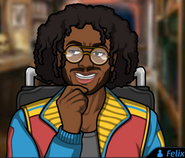 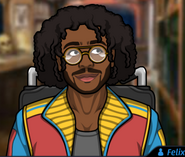 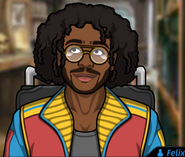 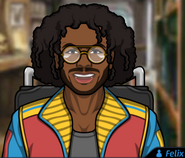 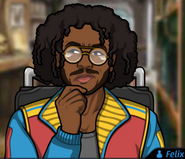 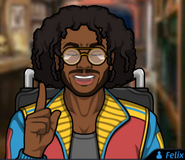 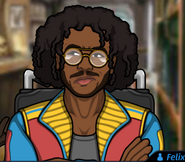 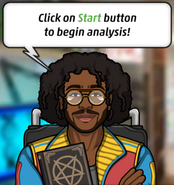 The player may choose Felix to join the investigation of each crime scene (in any Supernatural Investigations case) and provide hint bonuses.
Add a photo to this gallery

Retrieved from "https://criminalcasegame.fandom.com/wiki/Felix_Reed?oldid=532023"
Community content is available under CC-BY-SA unless otherwise noted.