Carmen Martinez
Fast Track to Murder is a case featured in Criminal Case as the one-hundred thirty-first case of the game. It is the sixteenth case of the game's World Edition (Season 3) and also the fourth case to take place in Eurasia.

The Bureau was on board the Trans-Siberian Express to Mongolia when the train went to a halt. Carmen and the player moved to the next carriage to find diamond magnate Ilya Tretyakov hanging from a ceiling lamp.

Mid-investigation, Carmen and the player had to shelther themselves from a snowstorm in a cave that they investigated for clues. Furthermore, mammoth scholar Vadim Efremov saved them from being attacked by a wild bear. Despite the danger they were put through, they found enough evidence to arrest ticket inspector Nikita Rukhin for the murder.

Nikita denied the accusations but then admitted to the crime. Believing that Ilya's diamonds should belong to the people, Nikita had stolen the diamonds and delivered them to communist hands in China. When Ilya found out, he confronted Nikita, who knocked him out and hung him by his tie. Via a video-call trial, Judge Adaku sentenced him to 25 years in jail.

Post-trial, the MGB claimed that Nikita's communist brothers were smuggling more than diamonds. The team then interrogated Nikita, who pointed them to the ice cave as the last package he was supposed to deliver was there. In the cave, the team found a circuit board with COSMORUS' logo. Natasha Romanova revealed the board was the motherboard of a COSMORUS' satellite.

After the train moved again, the team found a tablet which (per Elliot) belonged to SOMBRA. The tablet contained a file called "Darkness Descends", which would allow SOMBRA's satellite to hijack every satellite orbiting the Earth, compromising the entire global communications. The team informed Natasha about their findings, but when the head of COSMORUS heard the hypothesis of a mole still operating within the organization, she grew angry and refused to keep helping the Bureau.

After Chief Ripley decided to take Marina off any investigation involving her mother, the Bureau prepared to arrive in Mongolia. 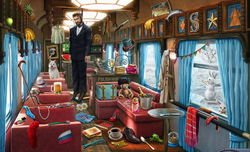 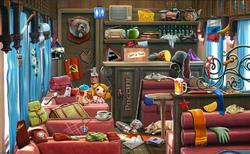 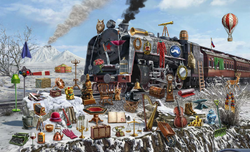 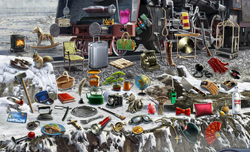 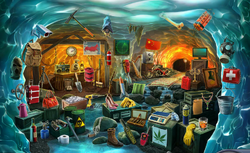 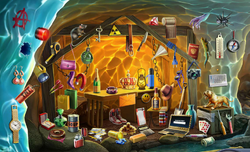