Fāng Dí Yún (Chn: 方狄云) was the killer of her husband, gang leader Fang Cheng, in A Twist of Fate (Case #27 of World Edition).

Yun is the 38-year-old wife of the late gang leader. She has short brown hair with crimson streaks. She dons a plum, jaguar-patterned blouse with a dragon brooch and golden accessories. She also has a missing tooth. It is known that Yun knows Chinese medicine, drinks chrysanthemum tea and practices Tai Chi.

Yun became a suspect after the player and Jack found a watch the victim gave to her. She was surprised, but was more concerned with the possible loss of her lifestyle rather than her husband's death. When Jack pointed out Cheng earned his money through illegal means, Yun stated she knew of it and was not fazed as that money was being used to benefit her.

Yun was interrogated again about a message she sent to her husband saying not to forget where they came from. She explained the message had significance for them both, as they were both poor growing up. However, it was used to remind Cheng how terrible it was being poor. Yun explained Cheng was threatening everything they worked for due to his recklessness, as everyone in Beijing knew of his crimes; and Yun did not want to give up on being rich.

However, it was revealed that Yun was the one behind her husband's murder. After she denied involvement, Yun said that she killed her husband in order to stop his cruelty to the children in his pickpocket gang. Yun was pushed to her limit when she found out Cheng beat one of the children, Bai Bai, with a belt. Judge Adaku sentenced her to 10 years in jail for the murder of Fang Cheng. 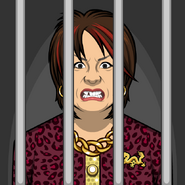 Yun, sentenced to 10 years in jail for the murder of her husband, Fang Cheng. 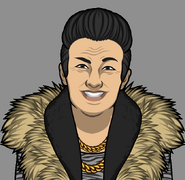 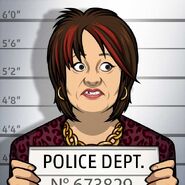 Retrieved from "https://criminalcasegame.fandom.com/wiki/Fang_Di_Yun?oldid=408291"
Community content is available under CC-BY-SA unless otherwise noted.