David Jones
Family Blood is a case featured in Criminal Case, appearing as the fifteenth case of the game as well as the city of Grimsborough. It takes place in the Financial Center, a district based in Grimsborough.

After Chief King reported that Alden Greene's daughter-in-law, Aileen Greene, was found beaten to death with a baseball bat and tied up to her son Oliver's crib, the detectives started the investigation.

They eventually discovered with Alden's private investigations that Aileen had an ex-husband, Tom Hunt, who she had divorced before she came to Grimsborough to reinvent herself after previous larceny charges. They then discovered that Aileen was looked down by the Greene family, which prompted her to break ties with her ex-husband, who she had saw for a while after he followed her to the city. Despite the delicate case, the detectives incriminated Aileen's stepson, Scott Greene, for the murder.

Scott felt that Aileen was a horrible step-mother, being abusive to both him and his step-brother Oliver, and stealing money from the family for Tom Hunt, her ex-husband. When Scott asked for his baseball card back, Aileen ripped it to pieces. It was a sentimental and super rare card, worth thousands of dollars, that was given to him by his grandfather, Alden. Scott could not bear it and killed Aileen with a baseball bat and tied her up next to Oliver's crib. Due to the severity of the crime, when Scott was arrested, he was tried as an adult, which explains why Judge Hall sentenced him to 20 years in jail.

After the trial, the detectives helped the family nanny Irma Fusslepot investigate Oliver's sickness, got Tom taken to a hospital after discovering he almost overdosed on low quality crack and helped Alden find a missing property sign so the CEO could purchase the property.

Scott Greene
Add a photo to this gallery 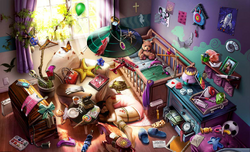 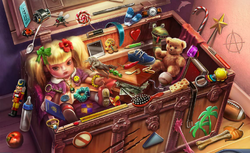 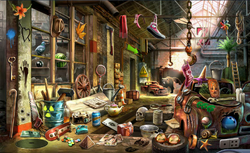 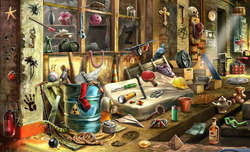 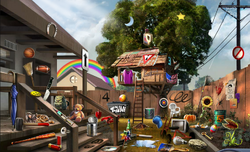 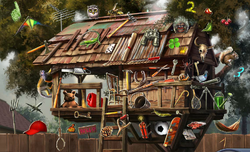 Tree House
Add a photo to this gallery

Retrieved from "https://criminalcasegame.fandom.com/wiki/Family_Blood?oldid=545093"
Community content is available under CC-BY-SA unless otherwise noted.