Eyes Wide Shut is a case featured in Criminal Case as the twentieth case of Mysteries of the Past (Season 4) and the one-hundred ninety-first case overall. It takes place in the Sinner's End district of Concordia.

Upon Madam Xiang's report of a murder, Isaac and the player went to her brothel and found the body of customer Kristopher Bauer, stabbed through the eyes with a candlestick.

The team flagged Finley Flanagan (Mad Dog) as a suspect in the murder. Mid-investigation, Gladys Perrin told the team that the victim himself was a pimp. Later, Finley went after the killer to take care of them himself. The team then found enough evidence to arrest gentleman Elias Willingham for the murder.

Elias eventually admitted to the murder. He said that his daughter had run away, leaving a note saying that she had left for Paris. Convinced that Kristopher had taken her, Elias confronted him. Kristopher got Elias to pay in exchange for information on his daughter's whereabouts, but he only laughed at his face when he received the payment. Angry, Elias stabbed him with the candlestick. After Judge Lawson told him that his daughter did indeed run away to Paris, he was sentenced to 15 years in prison.

Post-trial, Xiang asked the team for help as some of her girls had gone missing. Isaac and the player went to her brothel and found a prostitute's shoe with (per Viola) traces of hair pomade. The team then talked to Gladys, who said that the shoe belonged to a woman named Annie. Gladys directed the team to the fair in the hopes of finding Annie. In the fair, the team found a bloody dress, concluding that whoever wore it must have died of blood loss. They showed to Xiang, who confirmed that it was Annie's. The team promised protection for the other prostitutes.

Meanwhile, Rose and the player went to the barber's shop to investigate Finley. The duo found a briefcase with Finley's diary inside. They sent the diary to Evie, who said that the siblings' parents were murdered when they were children. Given the evidence in the murder, the only reasonable suspects were the siblings, but their age prevented them from being flagged as official suspects. The two talked to Finley, who did not deny the accusations. 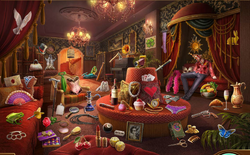 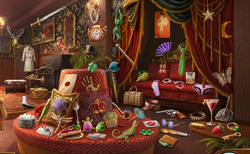 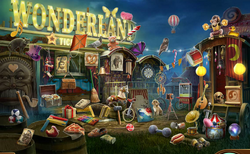 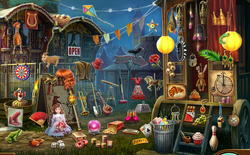 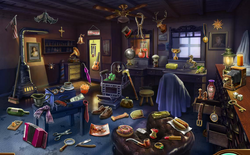 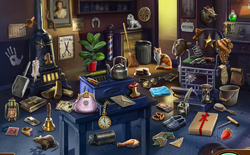 Cash Register
Add a photo to this gallery

Retrieved from "https://criminalcasegame.fandom.com/wiki/Eyes_Wide_Shut?oldid=409123"
Community content is available under CC-BY-SA unless otherwise noted.