Extinguished is a case featured in Criminal Case as the fifty-eighth case of The Conspiracy (Season 5) and the two-hundred eighty-ninth case overall. It takes place in the Newmark district of Grimsborough.

Gloria and the player rushed to Denise's secret lab after Ramirez managed to identify the location of the lab, whereupon they found multiple bodies of green-haired humanoid creatures suspended in solution in tanks. After sending for Amir, the team found out that scientist Dr Henry Liu was working on the human experiments with Denise Daniels. When Amir arrived, he told the team that some accompanying officers found Henry dead in the back alley while securing the perimeter. Gloria and the player then collected his body, which had been bashed over the head with a fire extinguisher, which was found near Henry's body.

Mid-investigation, Henry's wife, April Liu, turned up at the precinct to confirm his murder. Later, Amir accidentally triggered an alarm in the lab upon trying to extract some of the tank solution. The team then found enough evidence to arrest April for the murder.

Upon admitting to the murder, April told the team she had found out that Henry was growing an entirely new humanoid species in the lab. When she confronted him, he said that his ultra-resilient and unkillable "neohumans" were an advancement to mankind. Unable to let her husband continue his unethical experiments, April followed Henry when he was going to work and bashed him over the head with a fire extinguisher. Judge Powell issued her a reduced sentence of 15 years in prison.

Post-trial, Amir told the team that the neohumans were grown in the superhuman serum, absorbing it like amniotic fluid to gain resilience. Gloria and Jones then joined the player to the lab, where they found a hard drive and Denise's personal safe.

Cathy retrieved the files from the hard drive and sent them to Amir, who told Gloria and the player that Denise had been able to successfully mutate her own DNA, which she used as the genetic code for her neohumans born in the superhuman serum. After Amir told them he would work on ways to reverse the serum's effects, the team went to April, who said that the neohumans were grown in just a year. She also said that she had found video footage of the horrific tests Henry was subjecting them to and that she had hidden the login details for his cloud storage in their freezer. After the team found the details, they were able to watch a video of Henry successfully testing the neohumans' self-healing mechanism by shooting a neohuman child in the hand.

Meanwhile, Jones and the player found documents regarding DreamLife causing the earthquake annotated by Denise herself in her safe. They sent the papers to Jasper Everett who said that Denise had discovered a way to catalyze an even more powerful earthquake, which she was planning to use soon. They talked to Otto Kessel who said that Denise used the word "catalyst" when referring to the meteorite core.

Post-trial, the team deduced that Denise was planning to cause the mega-quake so that everyone in the city but her neohumans would die. They then rushed to S.A.R.A. headquarters to stop Denise's plans.

Gina Rowbottom
Add a photo to this gallery

Amir Devani
Add a photo to this gallery 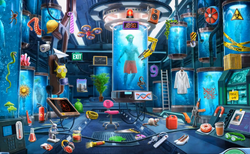 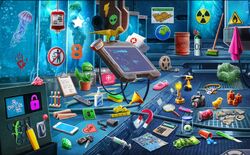 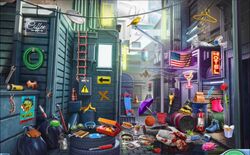 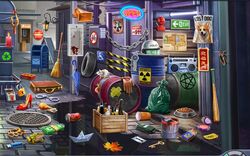 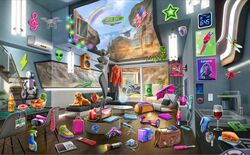 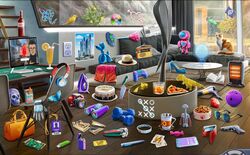 Living Room
Add a photo to this gallery

Retrieved from "https://criminalcasegame.fandom.com/wiki/Extinguished?oldid=535572"
Community content is available under CC-BY-SA unless otherwise noted.