Eve of Disaster is a case featured in Criminal Case as the fifty-ninth case of The Conspiracy (Season 5) and the two-hundred ninetieth case overall. It takes place in the Newmark district of Grimsborough.

Upon receiving reports of an explosion at the S.A.R.A.'s meteorite facility, Gloria and the player rushed to the site of the explosion, only to find that the explosion had exposed the meteorite core, a piece of which had been taken. They also found Jon Benson, strangely deflated and drained of his blood near the meteorite.

Mid-investigation, the team found proof that Denise Daniels had recently contacted Jasper Everett, so the team flagged him as a suspect. Later, the team received reports of Denise being near the nuclear plant. Soon afterwards, Denise sent the team a bomb by paying Danny Williams to drop a package containing it at the precinct; fortunately, Rita was able to defuse it. They soon found enough evidence to arrest S.A.R.A. lawyer Martin Davenport for the murder.

Upon admitting to the murder, Martin told the team that Denise had promised him a place in her new world order by enhancing him if he took a piece of the meteorite core for her. He did so, also liquefying Jon's organs with a sonic mineral extractor after he had come across Martin in the middle of his plan. After the team explained to Martin that Denise was just using him, they sent him to court, where Judge Powell sentenced him to 35 years in prison. Post-trial, Joe Warren asked the team to help reunite him and Julia Brine with Rozetta Pierre so the three of them could use their powers to assist in bringing down Denise before they were killed by the serum.

As Rozetta's number was no longer active, Jones and the player searched through S.A.R.A. headquarters for hints on Rozetta's whereabouts. They found a surveillance of Rozetta, which (per Cathy) was taken near the bridge, possibly by Danny. After Danny confirmed Cathy's findings, they searched the bridge, where they found Rozetta's bracelet. Rozetta then confronted them before the team was able to convince her to make a stand with her fellow Ad Astrans against Denise.

Meanwhile, Gloria and the player talked to Martin to learn about Denise's plans and whereabouts. Martin told the team that Denise's second accomplice in the nuclear plant had placed the meteorite core in the reactor and the reaction to cause the mega-earthquake was starting. Before he could tell them how to stop the reaction, Denise remotely killed Martin by frying the chip she had installed in his frontal lobe.

The team then met with Jasper at the reactor room, where they found a laptop running the reaction sequence with Berzelium. After Jasper was able to stop the reaction, nuclear plant manager Fiona Maris then barged in, asking why the reaction stopped. Fiona then told the team that Denise had threatened to kill her family if she did not drop the core into the reactor. The team put Fiona under arrest for helping Denise.

After all the events, Cathy told the team that Denise was roaming around the city with her neohumans. The team then went to the dome to watch while the Ad Astrans confronted Denise and her army. During the face-off, the Ad Astrans quickly learned that the neohumans were immune to their powers. Denise then shot Rozetta in the forehead before leaving the neohumans to finish off Julia and Warren. One of the neohumans then set off a grenade, causing an explosion at the dome.

Oswin Piper
Add a photo to this gallery 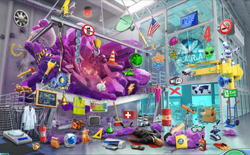 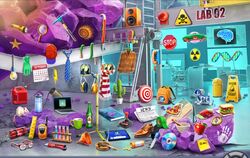 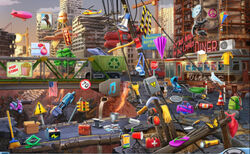 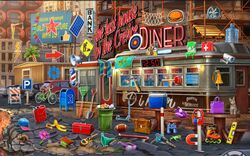 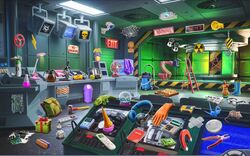 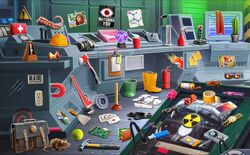 Control Panel
Add a photo to this gallery

Start a Discussion Discussions about Eve of Disaster