Prof. Ernest Picklebrain was the victim in Monkey Business (Case #16 of Mysteries of the Past).

Ernest was a scientist primarily experimenting with genetics. He had grey hair, black eyes, and donned a lab coat with a black shirt, and a faded pink neckerchief at the time of his death. He had glasses hanging from his shirt, and was usually seen with a beaker.

Ernest was found next to the giant gorilla's cage with blue marks on his neck. Per Dick, Ernest's killer knocked him out before force-feeding him a specimen of Chironex fleckeri, alias sea wasp, the world's most lethal jellyfish. The sole choice of weapon led Dick to believe that the killer knew biology.

Through multiple experiments, Ernest spurred an ape named Kiki to grow to an inexplicable height. Willie Conklin, Kiki's handler, was constantly mistreated by Ernest. Unfortunately for Ernest, Kiki was prohibited from the World Exhibition by Mayor Cornelius Castletown, who viewed Kiki as a freak of nature.

Ernest often ran biology seminars which were sponsored by Sir Somerset Osborne, who had known Ernest as a family friend since he was an adolescent. Ernest's colleague, Dr Beata Seahorn, shared a lab with him, often experiencing struggles with Ernest. Ernest was also interviewed by journalist Katherine Woolf, who argued with him during the interview over his stubbornness.

The killer turned out to be Somerset.

After denying involvement, Somerset admitted to the murder. He was angry with Ernest for experimenting on humans, including his sister, Aurora, who glowed in the dark thanks to Ernest's experiments. He then took Beata's Chironex fleckeri, bashed Ernest on the head, and forced him to swallow the jellyfish, poisoning him in the process. Judge Takakura sentenced him to 15 years in prison for the murder. 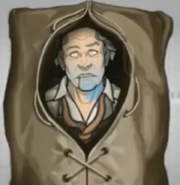 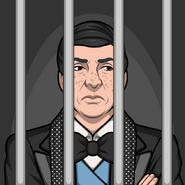 Somerset Osborne, Ernest's killer.
Add a photo to this gallery

Retrieved from "https://criminalcasegame.fandom.com/wiki/Ernest_Picklebrain?oldid=465614"
Community content is available under CC-BY-SA unless otherwise noted.