Emilio Fuller was a suspect in the murder investigations of dome head of security Barb Bellamy in A Rock and a Hard Place (Case #33 of The Conspiracy) and botanist Wendy Stokes in In Cold Blood (Case #35 of The Conspiracy) before being revealed as the killer of his father, former mobster Tony Marconi, in Up in Flames (Case #36 of The Conspiracy).

Emilio is a 22-year-old lab technician working for DreamLife with black hair, brown eyes and freckles. He is seen wearing a dark blue T-shirt with the Miracle Girl logo underneath a white lab coat as well as a pair of green glasses. Additionally, his lab coat is adorned with an ID badge.

In his first appearance, it is known that Emilio uses baking soda, drinks orange juice and reads Wondrous Worlds magazine.

In his second appearance, it is discovered that he has dandruff and is a climber.

In his third appearance, it is revealed that he knows chemistry, eats dark chocolate and read Game of Flames.

Emilio became a suspect after Gloria and the player found his geology tool set in the meteorite lab, where Barb was killed. After knowing that the meteorite was fine, Emilio revealed to the team hat everyone wanted to be at the meteorite lab as it was the coolest place under the dome. Later, when Gloria asked him about what kind of work he was doing, Emilio said that he could not tell the team about it, but he revealed that his work was very amazing.

Emilio was spoken to again after the team found his broken science trophy and restored it. When the team asked him about the trophy, Emilio angrily said that Barb was the one who broke it. He then told the team that Barb had no respect for him or his achievements and acted like he was not a top scientist from MIT, a prestigious university. In the end of the conversation, Emilio said that it was possible for Barb to be killed as she always looked down on other people.

Emilio was found to be innocent after the team incarcerated Cyril Shelwater for Barb's murder. Later, the team (per Mortimer Pickering) found out that the meteorite was made of the (previously theoretical) element Berzelium. Knowing that Emilio was less guarded and more enthusiastic than other DreamLife personnel, Gloria and the player decided to talk to him in order to trick him into telling them more information about the meteorite. When talking with the team, Emilio let slip that they injected a rabbit with Berzelium, prompting Gloria and the player to search the meteorite lab for the test rabbit.

Emilio became a suspect again after Gloria and the player found his photo booth pictures which showed him with the victim. After being asked about Wendy, Emilio sadly told that Wendy was his only good friend under the dome. Per Emilio, being under the dome had made Wendy feel very unhappy, especially when her girlfriend, Barb Bellamy, was killed earlier. In the end of the conversation, Emilio told the team that he did not know anything about DreamLife's experimentation.

Later, the team found Wendy's phone, in which (per Cathy) there were a bunch of angry texts from Emilio, calling the victim a dirty thief. Curious about why Emilio had sent the victim angry texts although he had called her a good friend earlier, the team spoke to him again. When being asked about this, Emilio explained that some meteorite samples had gone missing in the meteorite lab and he thought that Wendy was the thief. After being asked about the reason why he accused Wendy of stealing, Emilio told the team that it was because she was planning to leave the dome and sell the meteorite samples to DreamLife's competitors. Although trying to get Wendy to confess, however, Emilio had failed as she denied everything. Later, Gloria hoped that he did not kill Wendy to get her to confess everything.

Emilio was then found to be innocent again as the team found out that Rosie Summers was Wendy's killer.

Emilio became a suspect for the third time after Gloria and the player discovered Rozetta Pierre's answering machine and learned that Tony wanted her permission to see Emilio. When meeting the team, Emilio asked them what were happening under the dome as he saw police everywhere. After Gloria told him that Rozetta was in custody and there was a host of illegal activities taking place under the dome, Emilio was shocked since he had thought that it was groundbreaking work. Later, the team asked Emilio about Tony Marconi. Answering about this, Emilio said that he had never met Tony despite knowing his name, and he could not imagine why Tony would had wanted to talk to him.

Later, the team found a broken photo frame in Tony's house. After restoring the frame, they got it to Ramirez, who managed to discover that Emilio was Tony's son. After being asked about this, Emilio told the police that he already knew that Tony was his father. When Emilio was born, his father was a famous gangster who had enemies everywhere. Therefore, Tony just provided him financially and let his mom raise him alone as he thought that it was too risky to let everybody know that he had a son. In the end of the conversation, when being asked if Emilio felt upset about this, he said that he was happy as he did not want to be associated with a violent ex-convict.

However, after finding enough evidence, the team found out that Emilio was Tony's killer. Admitting to the crime, Emilio said that Marconi had been trying to contact him for weeks to convince him to get out of the dome as DreamLife was operating a shady business. However, Emilio disagreed, stating that Protozane was a scientific breakthrough. After finding out the cops were going to raid the dome, Marconi went to Emilio as he was packing the Protozane shipments and tried to get him to leave. Knowing that he could not overpower his father, Emilio agreed, even suggesting to blow up the drug packages. Marconi agreed so Emilio made a Molotov cocktail and threw it at his father. Judge Powell then sentenced Emilio to life in prison for his father's murder. 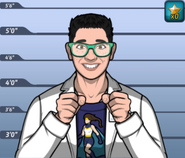 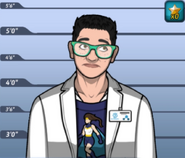 Emilio, as he appeared in Up in Flames (Case #36 of The Conspiracy). 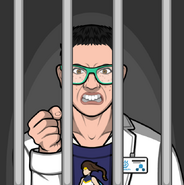 Emilio, sentenced to life in prison for the murder of Tony Marconi. 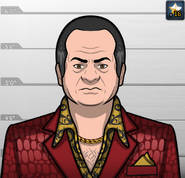 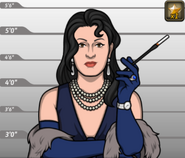 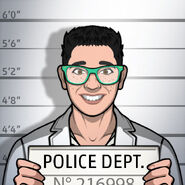 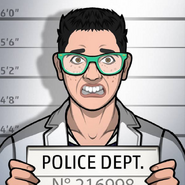 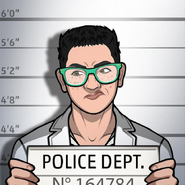 Retrieved from "https://criminalcasegame.fandom.com/wiki/Emilio_Fuller?oldid=482364"
Community content is available under CC-BY-SA unless otherwise noted.