Wentworth was the 61-year old valet to Archie Rochester. He was bald with black hair growing at the sides. He donned a yellow silk decorated waistcoat with a red peony in his pocket over a black suit and a white buttoned shirt with a white bow tie. He also wore a pair of white gloves. It is known that Wentworth snuffed tobacco, played billiards and ate caviar.

Wentworth went with Archie to the chocolate factory during the events of Jack Goodwin's murder. When Archie was interrogated a second time over his cough syrup ending up in Jack's system, Archie began ranting about Jack's behavior. Wentworth then offered him his nebulizer as he feared that Archie's anger would give him an asthma attack. He then told Isaac and the player not to interrogate Archie further because he had to rest.

Wentworth became a suspect after the player and Isaac found his keys inside the mansion. Though Isaac was surprised to see his keys were missing, Wentworth was not so surprised since the party was taking place in Archie's mansion. That made Isaac even more surprised, as Wentworth continued explaining that Archie kindly rented out his mansion to Alastor for the evening. This prompted Isaac and the player to speak with Archie immediately.

Wentworth was spoken to again about a statue of him found broken by the pool. He thanked the player for repairing it, as it was a present from Archie for his decades of loyal service. The two were pretty close, as Archie did not have many people he was friends with. As for why it got broken, Wentworth said the victim broke it in a fit of anger, saying that money can not buy class.

In the end, it was revealed that Wentworth was behind George's murder. Upon admitting to the murder, Wentworth drank a bottle of poison to take Mr Alastor's secret to the grave. He later succumbed to the poison's effects before the team could find out more. The team then deduced that Wentworth would go as far as suicide only for Archie, his master. 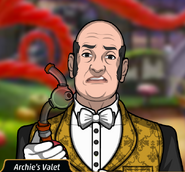 Wentworth, as he appeared in Sweet Revenge (Case #9 of Mysteries of the Past). 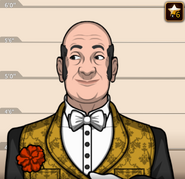 Wentworth, as he appeared in Behind the Mask (Case #12 of Mysteries of the Past). 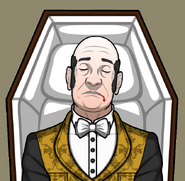 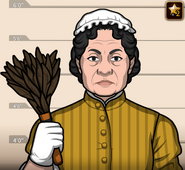 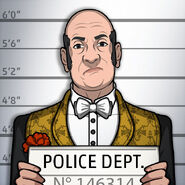 Retrieved from "https://criminalcasegame.fandom.com/wiki/Elmer_Wentworth?oldid=532224"
Community content is available under CC-BY-SA unless otherwise noted.