Egypt Is Burning is a case featured in Criminal Case as the fifth case of Travel in Time (Season 6) and the two-hundred ninety-sixth case overall. It is the final case to take place in Ancient Times.

Jack and the player went to Cleopatra's warship to convince her and Mark Antony to stop the incoming burning of Egypt in their war against Octavian. There however, they found Antony with his throat slit.

During the investigation, the team convinced Octavian to hold a ceasefire while they found Antony's killer. Soon after, Nebet revealed she had disobeyed Amy's orders for her to stay put in the time machine and that she had found Cleopatra in the ruins of her palace. Amy then reluctantly allowed Nebet to join Jack and the player as they maneuvered through Egypt. Later, the team got word that Octavian was planning to continue his attack, prompting the team to rush the investigation. They then found enough evidence to incriminate Cleopatra in the murder.

Upon admitting to her crime, Cleopatra said that she and Antony had realized that they were going to be defeated by Octavian's forces. Knowing that Antony wanted an honorable death, Cleopatra helped him, slashing his sword against his throat after sharing one final kiss. The team then surrendered Cleopatra to the Romans so that Octavian could hold her trial. Octavian then announced she would be dragged through the streets of Rome and fed to the lions at the Circus Maximus. Refusing the sentence, Cleopatra committed suicide via serpent bite.

Post-trial, Jack and the player talked to Octavian, who decided to consult the gods on whether to continue the war or not. To rig the divination, the team's search led them to ask priestess Euterpe to fake a bad omen for them. After they had found three ravens, with which Euterpe could conduct a fake augury, she started it, telling Octavian that he must leave Egypt to retain his dominion over Rome, to which Octavian hesitated and eventually decided to leave Egypt, stopping the war.

Meanwhile, Zara and the player found some plant resin for Kai to use to protect the time machine reactor from rusting, ending with Zara giving Kai a kiss. After all the events, Orlando suggested that they take Nebet to 2029 so the T.I.M.E. scientists could figure out what to do with her. They then traveled to the year 2029, only to land in the middle of the 1969 Woodstock festival.

Brutus
Add a photo to this gallery 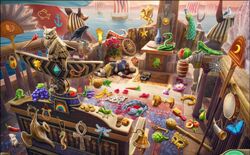 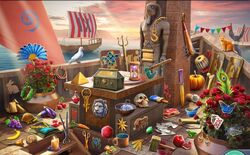 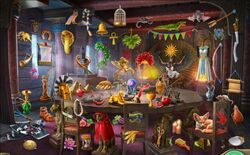 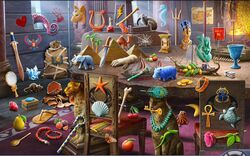 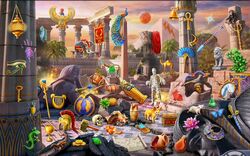 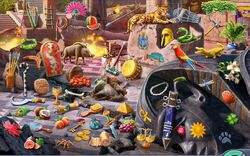 Palace Ruins
Add a photo to this gallery

Start a Discussion Discussions about Egypt Is Burning