Bullet wound to the abdomen

Ed Dunkin was the victim in Good Cop Dead Cop (Case #6 of Grimsborough).

Ed was a police officer working alongside his partner Harry Landry and the rest of the Grimsborough Police Department. He was also affiliated with a lot of criminals he bargained with. Before finding out the truth about him, many cops, including Jones and Chief King, considered him a good cop. According to Harry, Ed was married and had a young son.

Apart from that, Ed had a stubble with facial hair, brown eyes and wore a pink shirt underneath a black jacket, and wore his police badge around his neck.

Ed was shot to death and was found lying on his back at Queen Street Station. It was revealed that Ed was executed and shot on his knees. He had put up a fight and managed to punch his killer. Judging from the angle of the shot, Nathan discovered that the killer was 6 feet 3 inches tall.

One of the suspects was a prostitute named Ginger who had witnessed the killer escaping the scene and throwing the murder weapon into the river. The team also encountered Ed's partner, Harry Landry, who told the team that Ed was a private guy. The privacy, in fact, turned to be more sinister as he had apparently been a loyal client of dogfighter Angel Martinez, bookie Freddie Whitmore (who helped him win his gambles in the dogfights), and pimp Zeus, all of whom Ed agreed to protect from the rest of the cops. Harry said that he knew all of it and convinced him to stop his escapades, but he never listened.

The killer turned out to be Harry.

Harry killed him because of the criminals the victim was bargaining with. Harry did not want to see his partner go down the wrong track and felt he had to do something. He confronted Ed in the subway station, and tried to convince him to see the error of his ways. Ed refused to change and they began to fight. It got serious and Landry executed him and left him dead. 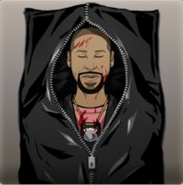 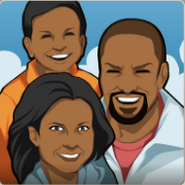 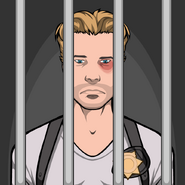 Harry Landry, Ed's killer.
Add a photo to this gallery

Retrieved from "https://criminalcasegame.fandom.com/wiki/Ed_Dunkin?oldid=482968"
Community content is available under CC-BY-SA unless otherwise noted.