Easy Prey is a case featured in Criminal Case, appearing as the sixty-third case of the game and the seventh case of Pacific Bay. It takes place in Bayou Bleu, a district based in Pacific Bay.

Amy and the player got lost while investigating the forest. They found a trail and followed it to Gator Land, an abandoned theme park. There, they found the body of Coleen Truman, shot in the stomach.

During the investigation, Shelly Dulard threw a bucket of filth to Amy. Later, local cop Harvey Fitchner tried to take the investigation by pointing his gun at the team and telling them to leave. The team reunited enough evidence to arrest Steve Bundy for the murder.

Steve tried to plead self-defense but soon admitted to the crime. Coleen was going to buy Gator Land and promised Steve to turn it back to its former glory. Steve then found out that Coleen would make it demolish the park to build a shopping mall. When he tried to convince Coleen to stop, she zapped him with her personal stun gun, pushing him to his limits. Steve grabbed his hunting rifle and shot Coleen in the stomach. Judge Dante sentenced him to life in jail.

Post-trial, Frank tried to reason with Harvey (who had worked with him) after what he did. When he and the player showed him a picture of their golden years, they ended up pointing each other's defects and argued. Meanwhile, Amy and the player had to stop a fight between Vanessa Kimmel and Shelly, which started when Vanessa stole the latter's painkillers.

Steve Bundy
Add a photo to this gallery 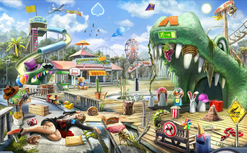 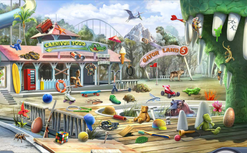 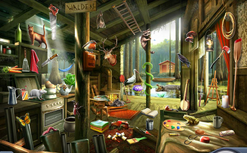 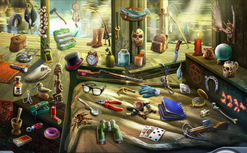 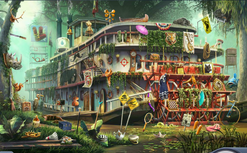 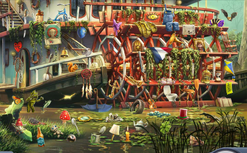 Waterwheel
Add a photo to this gallery

Retrieved from "https://criminalcasegame.fandom.com/wiki/Easy_Prey?oldid=493271"
Community content is available under CC-BY-SA unless otherwise noted.