Dressed to Be Killed

Hugo Mercier (All Chapters)
Carrie James (Walk on the Wild Side 3)
Dressed to Be Killed is a case featured in Criminal Case as the eighth case of City of Romance (Season 8) and the three-hundred sixtieth case overall. It takes place in the Attraction district of Paris.

In order to retrace animal smuggler Jackson Peacock's steps, Hugo and the player went to the Voyeur peep show in Pigalle, where they found peep show dancer Justine Collier strangled to death.

Mid-investigation, the team had to go to the Paradis Perdu bar to subdue a pink panther that was accidentally let loose from the Popotin Rouge. Animal trainer Rémi Roy clarified that it was being kept as a show animal and successfully tranquilized it. Later, Chief Delacroix and the team chased after High Commissioner Delacroix, who had gone to the Paradis Perdu to chat with bar owner Céleste Alouest so he could relive his days as a drag queen. The team then found enough evidence to arrest greengrocer Didier Soucy for the murder.

Didier admitted that he had convinced Justine to dress as the main character Désirée from the pornographic comic book Zizi dans le Métro by offering her 1,000 euros. However, she refused to put on the headband, which infuriated him, who believed that it was the most important aspect of the costume. Didier then held her down by the neck to get her to stay still while he put on the headband, but he accidentally ended up killing her in the process. Judge Lebrun sentenced him to 20 years in prison with mandatory psychological counseling.

Post-trial, Léa told the team she had done some reconnaissance near Voyeur during the murder investigation and witnessed people talking with the owner, Fabrice Dufort, only to leave carrying a box with air holes. The team then found a spanking paddle outside Voyeur, which (per Nadia) was contaminated with baby cheetah food. Upon interrogation, Fabrice admitted to being a middleman for the operation but said he wanted out. He then asked them to make a drop off of a briefcase at the Charles de Gaulle airport for him so he could cut ties while the team could make contact with the smugglers. The team then found the money-filled briefcase Fabrice was supposed to deliver and held onto it.

Meanwhile, after an elaborate setup involving Céleste and High Commissioner Delacroix, and with the player's help, Carrie eventually ended up going on a date with Enzo. However, she quickly ended the date after getting annoyed at Enzo's self-absorbed behavior. After all the events transpired, the team prepared for the briefcase drop-off at the airport the following night.

Rémi Roy
Add a photo to this gallery

Carrie James
Add a photo to this gallery 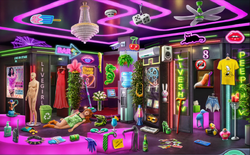 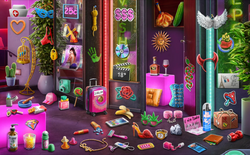 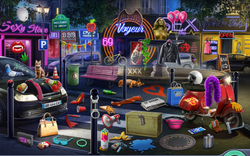 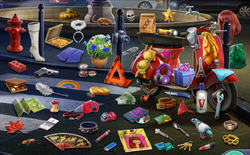 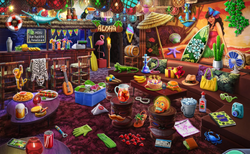 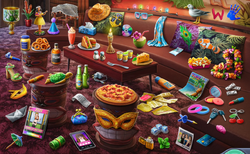 Bar Tables
Add a photo to this gallery

Retrieved from "https://criminalcasegame.fandom.com/wiki/Dressed_to_Be_Killed?oldid=544491"
Community content is available under CC-BY-SA unless otherwise noted.