Gloria Hayes (All Chapters)
David Jones (Is This Just Fantasy? 5)
Downward-Facing Dead is a case featured in Criminal Case as the seventeenth case of The Conspiracy (Season 5) and the two-hundred forty-eighth case overall. It takes place in The Greens district of Grimsborough.

Chief Parker sent Gloria and the player to "The Shala" yoga studio to collect the body of murdered yoga teacher, Scott Morris, who was drowned in the shallow waters of the yoga studio.

Mid-investigation, Ramirez found out the killer had fled to a boot camp course shortly after the murder. Later, Scott's roommate, Lyle Bass, started angrily shouting at the yoga studio owner, Guruji, about Scott's possessions. The team then found enough evidence to arrest Scott's student, Max Gaynes, for the murder.

Upon admitting to the murder, Max said that ten years prior to the case, Scott—who he was friends with in university—had presented a business proposal to Max, who invested in the business. Scott ran away with the money, so to get his revenge, Max had decided to gain some muscle to destroy him when he saw Scott again. He then took up yoga classes with him so he could see Scott when he realized he could not run away from his past faults. One day, he finally decided to exact his revenge by forcing Scott's head underwater while he was trapped in an elaborate yoga pose, drowning him. Judge Powell sentenced Max to 25 years in prison.

Post-trial, Amir said that he had asked Cathy to track down Rupert, who had not shown up at work the entire day under the excuse of an emergency, suspecting that he was merely playing with the DreamLife VR game. Amir and Gloria then went to the yoga garden upon Cathy's direction and found Rupert's headset. Cathy cracked the code from the headset and found that the game offered a game mode that froze the lighting, messing with the player's sense of time perception. They informed DreamLife founder Rozetta Pierre of said game mode, who said she was unaware of the light problem, but promised to look deeper into it.

Meanwhile, Jones and the player convinced Zoe Kusama to try out yoga nidra to help her cope with the stress of recovering from amnesia with the help of Guruji and Gabriel. Rupert showed up afterwards, angrily shouting at everyone, showing that he was truly addicted to the VR game. Chief Parker told the team to visit DreamLife's booth at a tech fair happening the next day to see what they were up to. 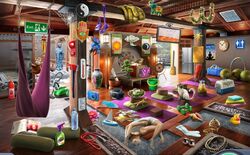 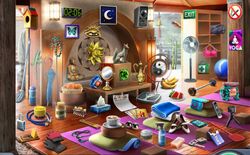 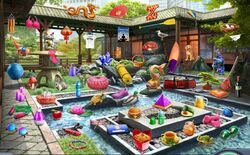 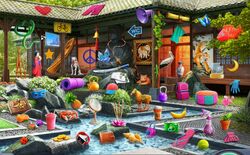 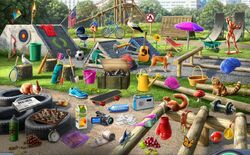 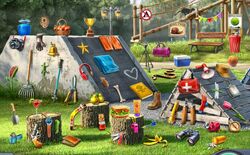 Obstacle Course
Add a photo to this gallery

Retrieved from "https://criminalcasegame.fandom.com/wiki/Downward-Facing_Dead?oldid=544655"
Community content is available under CC-BY-SA unless otherwise noted.