Down to the Wire is a case featured in Criminal Case as the one-hundred seventieth case of the game. It is the fifty-fifth case of the game's World Edition (Season 3) and also the seventh case to take place in North America.

Carmen, Jonah, and the player went to a peace hockey match between Canada and the United Kingdom to meet with Canadian prime minister Jason Stone. After Jason requested that they talk after the game, Jonah reported that he had collapsed in his sky box. Carmen and the player went there, and collected Jason's strangled body.

During the investigation, Jonah was labeled as a suspect for not paying attention while on the job. Later, Elliot received a transmission saying El Rey killed Jason. Following that, the press got wind of the murder and released the news, causing other countries to start mobilizing their respective armies. The team soon found enough evidence to arrest Hector Montoya for the murder as well as for being El Rey, the leader of SOMBRA.

Hector quickly admitted to being El Rey, reminiscing about how his parents were killed by a fire when he was a child. Given that he believed that they were weak and that he was strong since he survived, SOMBRA's ideology appealed to him greatly. Arsenio Castillo gave him the position of El Rey when he stepped down. The team concluded that Hector strangled Jason with a garrote watch to prevent his discussion with the Bureau. After Carmen said that SOMBRA's reign had ended, Hector revealed that Chief Ripley was helping SOMBRA since its start.

Hector was placed in custody while the team investigated his claim. Ripley said they would have to find the truth out on their own and that she would step down from the Bureau and have Ingrid take her duties. Carmen and the player talked to Hector, who directed them to the sky box for clues. Jonah then offered to help the player search for Jason's stolen files in his apartment.

In the sky box, they found a paper labeled "Operation: SOMBRA" which (per Elliot) proved that when Ripley was younger, she had met with a "P. Molina", who turned out to be Arsenio. Upon interrogation, Arsenio said that Ripley had offered to fund SOMBRA; in exchange, SOMBRA would have to threaten the small kingdom of Grenadia on the southern border of Colombia, which had struck oil at the time. With the excuse of saving Grenadia, the US took part in the conflict and invaded the country, taking its oil. After that, the CIA tried to wipe SOMBRA out entirely. However, Arsenio faked his death and transferred SOMBRA's funds and the title of El Rey to Hector.

Not too long after that, Jack reported that he saw Asal Hawaa running to the Hockey Hall of Fame, where Carmen and the player found her USB key. The key contained a video of Ripley telling Director Nahum Meir of Mossad that she was assembling a team of investigators (the Bureau) to stop a resurfaced SOMBRA. However, Nahum told her not to tell anyone in the team about SOMBRA.

Jack and the player talked to Asal about the video, who explained that after Nahum told her to stay away from the Bureau, she did some digging and found the video. She then assumed that the team knew about Ripley's secret and were covering it up, causing her to treat the hunt for El Rey like a game. Asal thanked the Bureau for bringing down El Rey and wished Jack luck with Lars.

Meanwhile, in Jason's apartment, Jonah and the player found a compact disc which mentioned an inmate named Peter Walker, whom Elliot revealed was a psychiatric patient who claimed to be part of "a powerful order hell-bent on world domination" before he was found stabbed to death the next morning. They talked to Ronin Ozawa, who said Peter was an insane SOMBRA recruit. Jonah and the player then figured out that after SOMBRA isolated the United States, Hector would kill President James Hewett to create a power vacuum and seize control.

After those events, Ingrid said Ripley's office was empty, save for a message on her computer wherein Ripley apologized for the accidental empowerment of SOMBRA and thanked her team for bringing down El Rey, officially stepping down as chief. Afterwards, Judge Adaku sentenced Hector to life in prison for the murder and SOMBRA's crimes.

As the team was celebrating SOMBRA's end, Elliot informed the team that President Hewett had been kidnapped.

Arsenio Castillo
Add a photo to this gallery 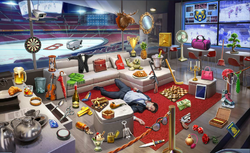 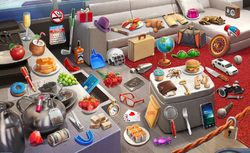 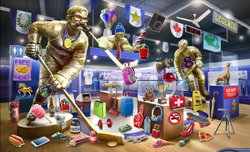 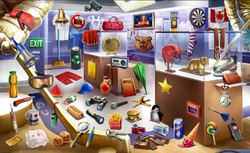 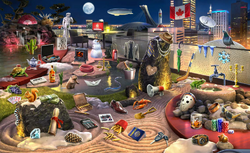 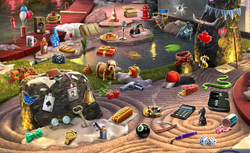 Terrace Garden
Add a photo to this gallery

Retrieved from "https://criminalcasegame.fandom.com/wiki/Down_to_the_Wire?oldid=503760"
Community content is available under CC-BY-SA unless otherwise noted.