The Bureau's new mission was to go to Alaska to protect Niilo Virtanen as he inspected the Bearing Straight weapons factory. Jack, Jonah, and the player went to the factory, where Jack was shot in the chest by a handgun. After taking Jack to the hospital, Ingrid informed the team that Niilo was killed in the chalet he was staying in. Carmen and the player deduced that he was killed around when Jack was shot.

During the investigation, the authorities intercepted a ship full of Bearing Straight weapons, which contained the remote-controlled rifle used to kill Niilo. Jonah then became the player's partner while Carmen visited Jack. Later, radio host Travis Quaid broke in the chalet, and Carmen returned to investigate. The team later found enough evidence to identify a security officer for the Unified Nations named Joel Heller for the murder.

Joel initially denied being Niilo's killer, but later admitted to killing Niilo in the name of SOMBRA. He said that the Unified Nations would blame American radicals for the murder, therefore heightening tensions between the Unified Nations and the United States to a breaking point. In court, he admitted to shooting Jack in order to show to the public that Niilo was dead. Judge Adaku sentenced him to life in prison without parole.

Following Joel's arrest, the Unified Nations' high commissioner Leila Malak refused to believe that Heller was SOMBRA without viable proof. In the weapons factory, they found a weather report in Heller's wallet, which Elliot confirmed to be orders to kill Niilo in a public way. However, Chief Ripley did not consider it suitable proof for Leila. Marina and the player talked to Heller in prison, where he said that the conflict between the USStay and USNay movements was the first step to a "divide and conquer" plan. Jonah and the player then searched the cargo ship, only to find a document providing Joel a fake identity to memorize before going undercover for SOMBRA. They showed the document to Leila, who said she would get a committee to convene about the security breach in six months.

Meanwhile, Marina and the player found out that Lars had not visited Jack because he was too busy writing a song for him, but Marina luckily was able to convince Lars that Jack did not need a song to know Lars cared for him. After getting him to visit and having Jack discharged from the hospital, Chief Ripley said they were going to Camp Rushmore in South Dakota to warn the American president about SOMBRA's plan. 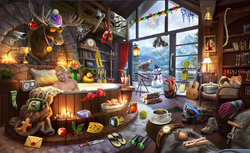 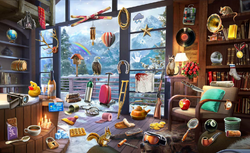 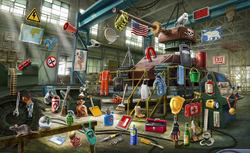 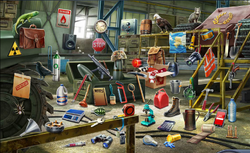 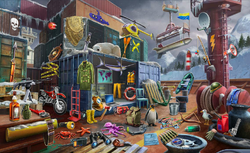 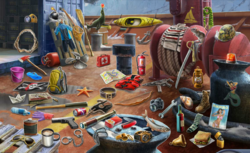