David Jones (All Chapters)
Barb Bellamy (1 task in Chapter 2)
Gloria Hayes (Under the Dome 1)
Domesday is a case featured in Criminal Case as the thirty-first case of The Conspiracy (Season 5) and the two-hundred sixty-second case overall. It is the first case to take place in the Misty Grove district of Grimsborough.

Three days after Rupert infiltrated DreamLife's dome as Mortimer Pickering, he called Jones and the player about a murder in its premises. With a warrant to start the investigation, the team entered the dome and collected the electrocuted body of manager Fred Drucker from one of its platforms.

Soon after, the detectives added the disguised Rupert as a suspect in the investigation. Later, security officer Barb Bellamy told them she would be their security detail for the remainder of the investigation. Shortly after, Barb forced them to retreat to Lab 15-J for a security drill. Finally, the team collected enough evidence to apprehend dome architect Dan Scruffinsky for the murder.

After admitting to the murder, Dan told the team that Fred was going to falsely report him to CEO Rozetta Pierre for not taking good enough care of the dome, causing him to be fired and Fred to be put in charge of the whole dome. Not wanting to be banished from his dome, Dan had electrocuted Fred with a homemade stun gun. Judge Powell sentenced Dan to 25 years in prison.

With their warrant allowing for one more sweep of the dome, Gloria and the player checked Lab 15-J and found a plaque of Rozetta and another man celebrating the dome's opening. Cathy identified the man as scientist Kai Gruber, who was interred in the Bromden Psychiatric Hospital. They talked to the dome therapist, Dr Catherine Kelly, who told the team to ask Kai himself about what led him to be interred. After taking Kai's lava lamp per Dr Kelly's advice, they talked to Kai, who was paranoid of Rozetta tracking him down and hurting him.

Meanwhile, Rupert told Jones and the player to take a sample of the meteorite (which was the source of the radiation from under the dome) for analysis. They then took samples from a radiation gauge in the platform, which (per Amir) confirmed that the radiation was extraterrestrial in nature and may even have curative properties. They then went to Dr Ernesto Vega to talk about the radiation, but he refused to answer any questions.

After all the events, Jones and the player talked to Rozetta about their findings, but Rozetta simply told them that all their operations were perfectly legal. Later, Rupert contacted the team, only for him to hang up after someone walked into the room he was in. The team then headed to the dome to ensure Rupert's safety.

Ernesto Vega
Add a photo to this gallery

Kai Gruber
Add a photo to this gallery 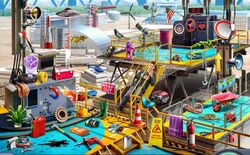 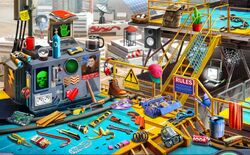 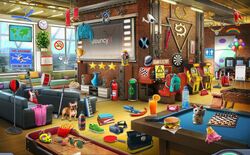 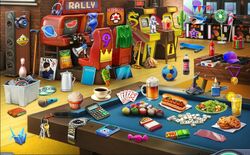 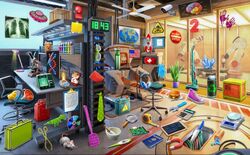 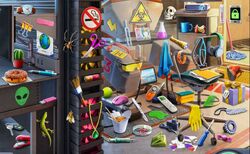 Robot Work Station
Add a photo to this gallery

Retrieved from "https://criminalcasegame.fandom.com/wiki/Domesday?oldid=547206"
Community content is available under CC-BY-SA unless otherwise noted.