Divided We Fall is a case featured in Criminal Case as the twenty-ninth case of Supernatural Investigations (Season 7) and the three-hundred fifty-first case overall. It takes place in the South.

Gwen and the player arrived at the stronghold of the Supernatural Alliance to defeat the demons, where they found vampire coven leader Roxanne Vega stabbed in the heart with a wooden stake and pushed out of a window.

Mid-investigation, the Alliance started to gather for their meeting, but with the supposed moderator, good demon Arthur Darkwood, still missing, the team dispersed the participants who were beginning to panic. Later, the ghost of Roxanne's son, dhampir Ronnie Hawk, told the team that he heard someone digging around the meeting room possibly to dispose of evidence. The team fortunately found enough evidence to arrest Roxanne's second-in-command, Fabien de la Mort, for the murder.

Fabien told the team that Roxanne had approached him to ask for his assistance in her plan to offer her help to the demons in enslaving everyone when they took over. When Fabien refused, she threatened to silence him. He then prepared a wooden stake which he then plunged into Roxanne's heart in the energy orb room when she attacked him. The team then decided to present Fabien to the Alliance, which convened without Arthur's moderation shortly after the arrest. After pardoning Fabien of his crime given Roxanne's allegiance, the Alliance agreed that their first course of action was to prevent the veil from being ripped open.

Ronnie told Gwen and the player that he had heard of Roxanne talking to the demons over a communicator in the energy orb room, where she said that she had erased a note revealing the demons' weakness. The team then found and restored the note, which (per Felix and Hope) was written by Hope's mentor Rathimael and said that "There is still hope." The team then talked to Ben regarding the note, who agreed with them that it probably meant Hope herself. Ben and Hope then decided to start looking through her notes during her mentorship under Rathimael to discover how she could bring down the demons.

Meanwhile, werewolf Zander Stark cleared things up with his girlfriend, Priya, who had suspected him of cheating on her with Roxanne, insisting that she came onto him but he refused. Afterwards, he told the team of a mystery sack left in the assembly hall. The team found the sack and found protective talismans tailored to each supernatural race made by young witch Avery Mitchell. Afterwards, they went outside to search for clues as to what happened to Arthur. There, they found Arthur's jacket all torn up.

After all the events, the team concluded that the demons had either killed Arthur and disposed of the body or kidnapped him and sent him to the Netherworld. While the team was wondering how to teleport to the Netherworld, a demon guard told the team to come with him.

Wendall Goh
Add a photo to this gallery

Ben Shepherd
Add a photo to this gallery 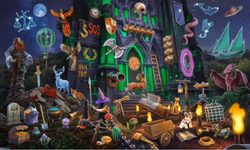 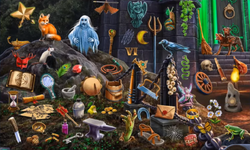 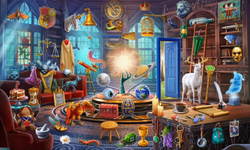 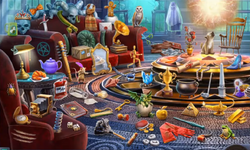 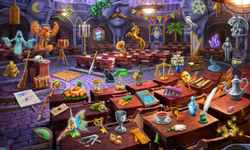 Amphitheater Desks
Add a photo to this gallery

Retrieved from "https://criminalcasegame.fandom.com/wiki/Divided_We_Fall?oldid=533186"
Community content is available under CC-BY-SA unless otherwise noted.