The Bureau headed to Iraq to rescue US Ambassador Jessica Stern's son Andrew. Elliot tracked Andrew's teddy bear to a bombed museum, where Carmen and the player found the beheaded body of Najwa tribe leader Anir Aznag. The team then assumed that The Sword killed Anir due to the fact that Andrew was nowhere to be seen.

Mid-investigation, Elliot located The Sword's underground lair, which the team investigated to find and rescue Andrew. Later, Mossad agent Asal doped Jack with a tranquilizer pill due to the latter jeopardizing their mission with his flirting, and then the killer deliberately poisoned Dupont with the sword used to kill Anir. Furthermore, hired gun Jonah Karam locked Marina inside a bunker and waited outside with a gun to protect her. The team then incriminated Professor Omar Bahir as the killer, as well as the man behind The Sword's alias.

Omar admitted that he was The Sword and revealed he had the mission of growing conflict and extremism across the Sahara. He then admitted he had "killed" Ripley and abducted Andrew to lure the Bureau into his trap. Without revealing his reasons behind Anir's murder, Omar attempted to kill Carmen and the player with a poison grenade, only to be shot dead by Jonah from a distance.

After the trial, Carmen and the player helped Angela find the photos she had taken of Andrew and Lars. Among the pictures, the team spotted Chief Ripley. Ripley then walked into the headquarters, much to the team's surprise, and said that she survived the poisoned dart attack in Spain by taking the antidote in her champagne. Ripley then faked her death to make The Sword believe he had killed her, buying the team more time.

Chief Ripley then thought about hiring Jonah as a field expert. To prove his worth, Jonah suggested going with the player to the destroyed town and show them his skills. They found a tiny parachute with an USB key. Jonah said that its logo belonged to COSMORUS, the Russian Space Agency. Per Elliot, the USB key contained a message from Natasha Romanova, head of COSMORUS and Marina's mother, formally asking for the Bureau's help against an alleged infiltration by foreign spies. When informed about the event, Marina said that her mother could not be trusted.

After Jonah was hired, Chief Ripley sent the Bureau to Russia to investigate COSMORUS' security breach and its possible ties with SOMBRA. 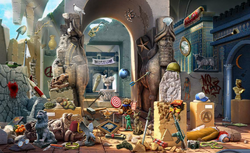 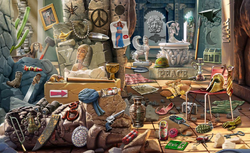 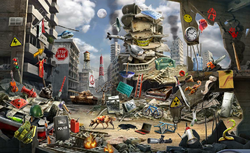 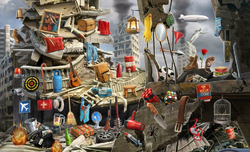 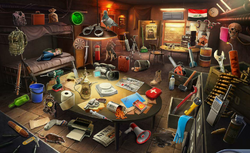 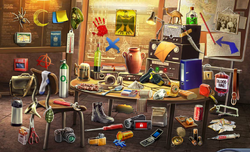